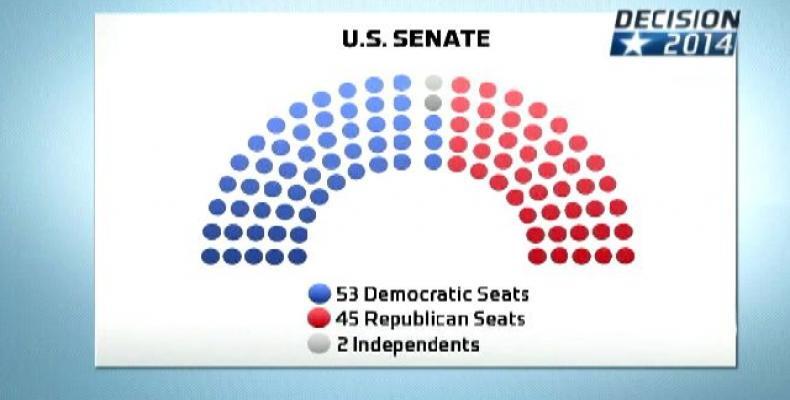 Washington, November 5 (RHC)-- U.S. Republicans have emerged from Tuesday’s midterm elections with control of the U.S. Congress for the first time in eight years.

In the most expensive midterm election in history, Republican candidates won at least 10 of the 13 closely contested Senate races, giving the party control of the Senate for the first time since 2007. According to reports, campaign spending exceeded $4 billion dollars.

Three sitting Democratic senators lost races -- in North Carolina, Arkansas and Colorado. The political landscape could still worsen for the Democrats as the Senate race in Alaska remains too close to call and Louisiana is headed for a runoff. The Republicans also picked up at least 10 more House seats, giving the party its largest majority since World War II.