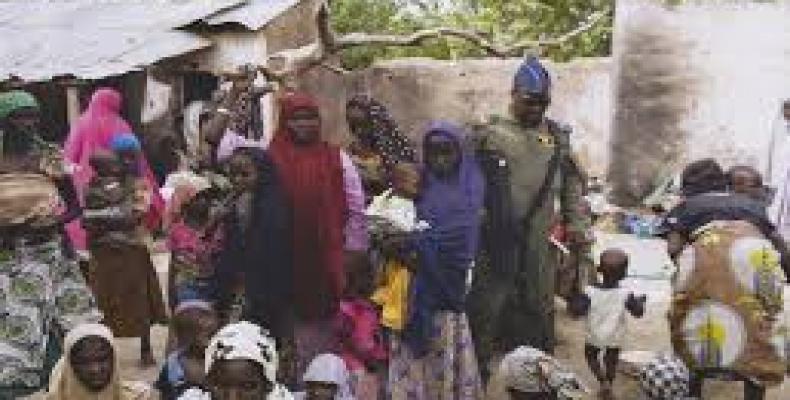 Abuja, May 6 (RHC)-- Nigerian soldiers have rescued more than two dozen women and children from the Boko Haram Takfiri militant group in the northeastern state of Borno. The army issued a statement on Wednesday saying that at least 25 people held by the militants were rescued during an operation in the Sambisa Forest, which is considered a Boko Haram stronghold south of the major city of Maiduguri.

Sani Usman, a Nigerian army spokesman, said several militants were killed in “a fierce encounter” that cost the life of one soldier and wounded five others. He added that the operation goes on with the aim of saving more hostages and destroying all the camps used by the militants.

The Nigerian army says in recent days it has freed 700 women and children across the Sambisa Forest, which is located near the border with Cameroon. On May 2nd, a group of 275 rescued people arrived under military escort in a refugee camp in the eastern city of Yola.

Amnesty International says at least 2,000 women and girls have been kidnapped by Boko Haram in Nigeria since the beginning of 2014, and many of them have been forced into sexual slavery or combat.