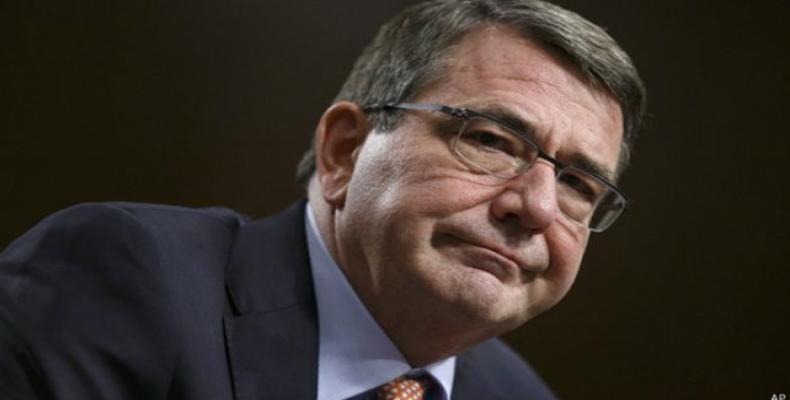 Baghdad, April 20 (RHC)-- U.S. Defense Secretary Ashton Carter visited Baghdad as the Barack Obama administration prepares to widen its military presence in Syria and Iraq in its fight against the self-proclaimed Islamic State.

According to The New York Times, the White House is preparing to send as many as 200 more so-called 'special operations forces' to assist Syrian rebels, in addition to sending more U.S. Army attack helicopters to Iraq.

In other news from Syria, the United Nations is warning that as many as 10,000 civilians living in a Palestinian refugee camp near Damascus are trapped in their homes and are facing starvation and dehydration.