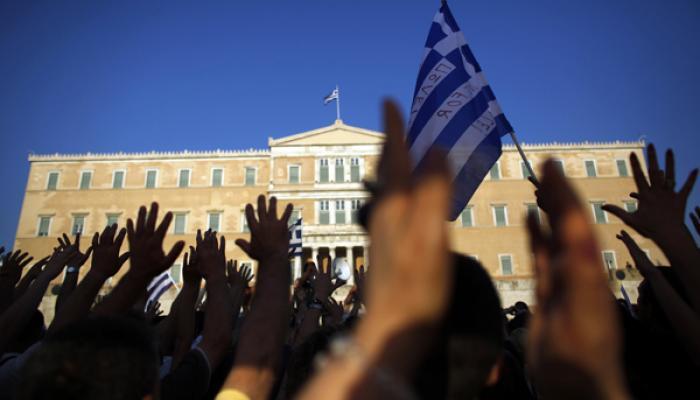 Athens, April 22 (RHC)-- Anti-austerity protests have been held in the Greek capital of Athens against scheduled government job cuts and reforms.  Hundreds of teachers gathered outside the Ministry of Education in Athens on Thursday, chanting slogans against Prime Minister Alexis Tsipras and Minister of Education Nikos Filis.

The teachers say a draft law that would change employment policy will lead to fewer stand-by teachers working next year.  They demanded the withdrawal of the draft law and called for the introduction of a new permanent recruitment system for teachers.

In November 2015, the administration of Premier Tsipras approved a law scrapping most early retirement benefits, raising the retirement age and increasing contributions for healthcare.  The prime minister, who last year accepted reforms in Greece's economy in return for a multi-billion-dollar assistance package by international creditors, is resisting pressure by lenders to impose a new round of deep cuts for pensioners.