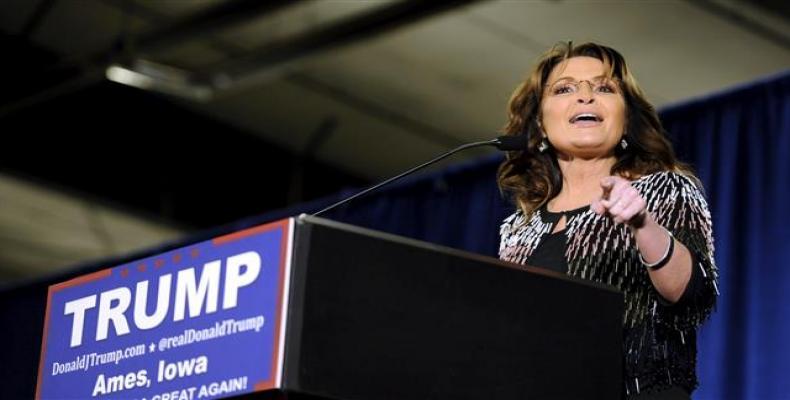 Washington, May 9 (RHC)-- Former U.S. vice presidential candidate Sarah Palin has vowed to help unseat House Speaker Paul Ryan over his refusal to back the candidacy of Donald Trump.

Paul Ryan has stated he is "just not ready" to endorse the presumptive Republican nominee, hours after U.S. Senate Majority Leader Mitch McConnell said he is committed to supporting Trump's presidential bid and called on fellow Republicans to do the same.

Palin supported businessman Paul Nehlen, who is challenging Ryan for his congressional seat in the Wisconsin Republican nominating contest on August 9.  She vowed to "do whatever I can" to help elect Nehlen and throw Ryan out.

After Trump's commanding victory in Indiana's primary last week, his remaining challengers, Ted Cruz and John Kasich, both suspended their presidential bids, leaving the businessman tycoon on an uncontested path to the nomination.

Trump’s campaign has been marked by controversial statements, including with disparaging remarks about Mexican immigrants and Muslims.