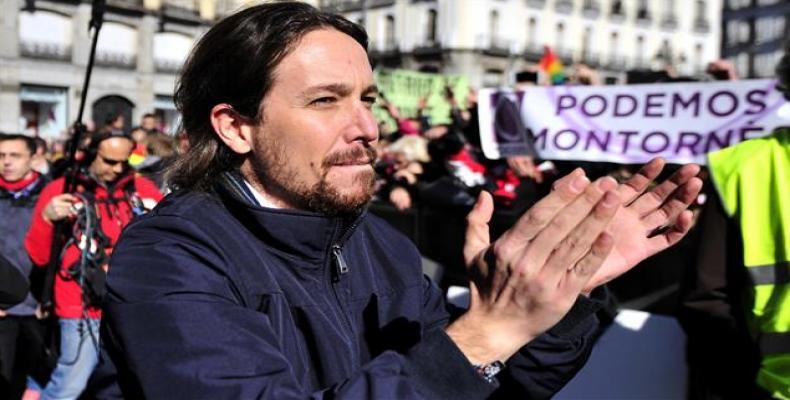 Madrid, June 21 (RHC)-- The leftist coalition Unidos Podemos has ended the two party system tradition in Spain which has existed since the country's so-called transition to democracy after the Francisco Franco dictatorship.

Spain is now about to make history in the June 26th general elections as polls report that the country will officially move into a multi-party system, leaving behind a political tradition that has dominated the country since the end of dictatorship in 1978.

The two party system only survives in five of the 52 provinces of Spain due to the rise of the leftist Podemos Unidos (Together We Can) alliance, which is consolidating itself as the country’s second biggest political force.

According to a Metroscopia poll, the conservative PP has 28.5 percent of the vote, while Podemos Unidos — a grouping of the anti-austerity Podemos (We Can) and United Left forces — has 25.6 percent, leaving behind Spain's socialist PSOE party with 20.2 percent.

The June 26 vote follows the king of Spain’s decision to dissolve parliament and trigger new elections after no single party won enough seats to form a government in the December vote. Since then a caretaker government led by Rajoy has administered the country.