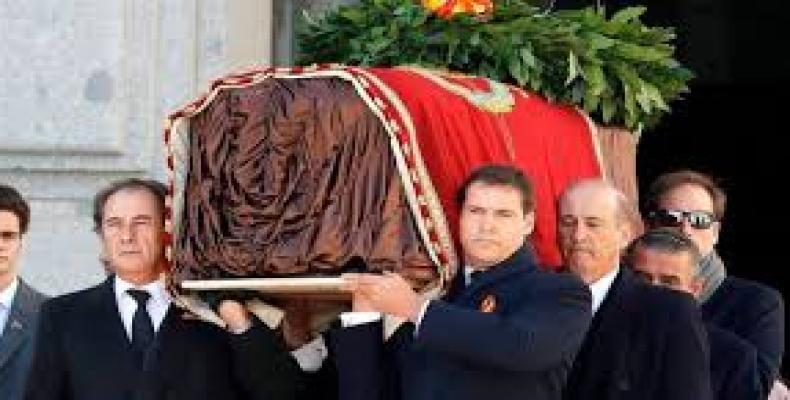 Madrid, October 25 (RHC)-- In Spain, authorities have exhumed the body of fascist dictator Francisco Franco from a state-run mausoleum to be reburied in a private family vault.

Franco oversaw a brutal 40-year dictatorship until his death in 1975.  Spanish historian and former political prisoner under Franco’s dictatorship, Nicolás Sánchez Albornoz, told reporters:  “It was time to move him.  We’ve waited many decades for [Franco] to disappear from this monument, which in and of itself was the shame of Spain.  All the dictators of Franco’s ilk have vanished from Europe — Hitler, Mussolini — and were not honored with such tombs. The truth is, the contradiction was obvious between a democracy and a monument dedicated to the cult of a man who was the opposite of democratic.”