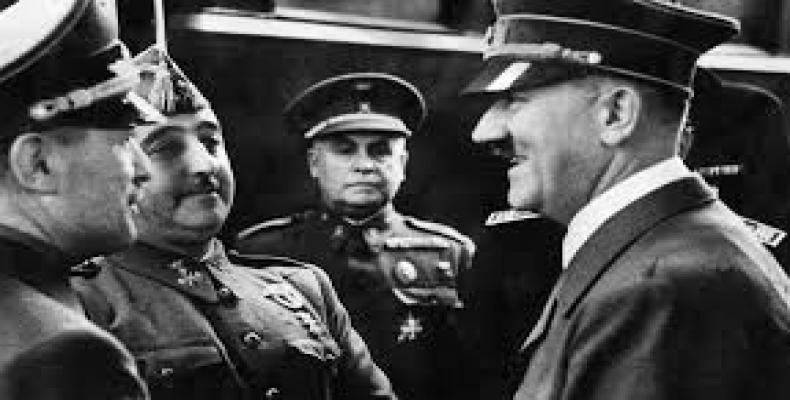 Madrid, November 12 (RHC)-- A Madrid court has found a Spanish doctor guilty of stealing and selling a baby during General Francisco Franco’s dictatorship, but cannot punish him since the statute of limitations has elapsed.  The case of Eduardo Vela, who is now 85 years old, focused on Ines Madrigal who was abducted and illegally adopted in 1969.

Vela was the first person to go on trial for illegal adoptions that took place during and after the fascist dictatorship of General Franco.  The gynecologist at the San Ramón clinic in Madrid had been accused of taking Inés Madrigal from her biological mother in the spring of 1969 and giving her to a 46-year-old woman who was falsely certified as her birth mother.

In 2008, Baltasar Garzón, the investigating judge, estimated that 30,000 children had been stolen from families considered politically suspect by the Franco regime.

Around 3,000 cases of alleged stolen children have been reported, but prosecutors have been investigating a handful of cases.

The abduction charge by Madrigal was brought in April 2012 but since she failed to bring the case against Vela for 25 years after she reached adulthood, Vela remains acquitted as the statute of limitations in these cases is 10 years. The prosecutors sought for an 11-year imprisonment for Vela.

"I have a sweet and sour feeling.  Obviously, I am happy because they recognize that Vela did all he did," Madrigal told reporters outside the court room.

Her lawyer, Guillermo Peña, had argued that the statute of limitations should not apply to his client’s case as she had not discovered she had in-fact been stolen -- thinking she had been adopted -- until 2010.

Vela, who was absent for the verdict, maintained that he is not guilty.  He could not remember the details of how the clinic ran but a policeman who investigated the case said that the hospital had been used as a source of trafficked babies.

Madrigal was hopeful that her case would open doors for many more to seek justice against the trafficking of infants.  “We were Europe’s baby supermarket and babies were stolen for 60 years,” she said.