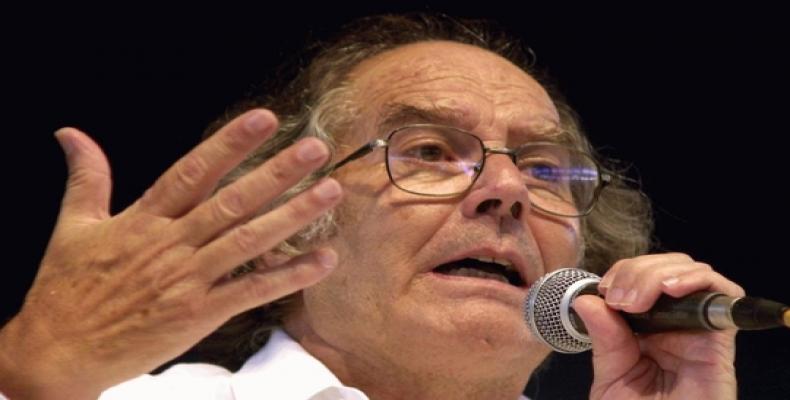 Havana, October 25 (RHC)-- Renowned personalities of the political, social and cultural life in Spain and around the world have sent an open letter to President Barack Obama, urging the lifting of the U.S. blockade policy towards Cuba.

The letter is part of a campaign called 'For a 2016 without the Blockade on Cuba'. Coordinator of the initiative, Spanish journalist and writer Lois Pérez Leira, said the aim is to encourage the U.S. president to end the blockade policy, thus making the American continent a land of peace, brotherhood and free from wars, as dreamed of by Bolivar, Washington and Jose Marti.

In parallel with this campaign, several parliaments of autonomous Spanish regions have rallied unanimously against the U.S. blockade of Cuba. These include the parliaments of Galicia, the Basque Country, the Canary Islands and Andalusia.