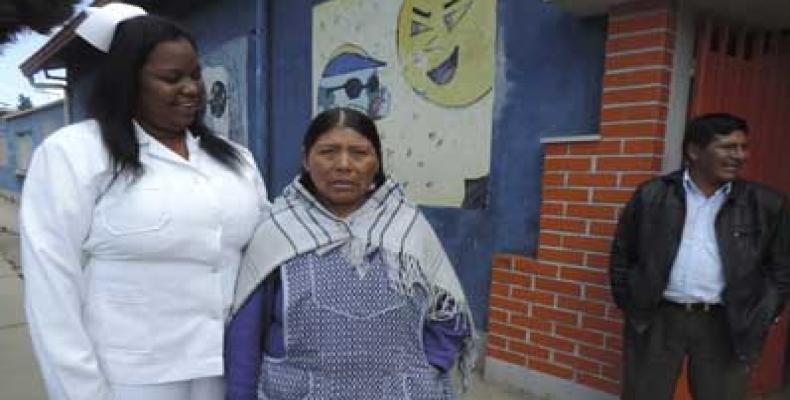 La Paz, February 3 (RHC-PL), --  The Cuban Medical Brigade in Bolivia is celebrating its 12th anniversary, an occasion in which they confirm their commitment to life and the guarantee of health as an inherent right of all human beings.

According to Yoandra Muro, head of the medical mission, with this premise the first health personnel, part of the Henry Reeves detachment, arrived in Bolivia on February 2, 2006.

It was the historic leader of the Cuban Revolution, Fidel Castro, who, at that time, sent the island's doctors to Bolivia to help solve the emergency due to heavy flooding.

Since then, the doctors of the medical brigade earn, with their daily work, the respect and admiration of Bolivian authorities and people, who recognize the Cuban contribution to the improvement in the quality of life of the population, mainly in rural areas.

According to Muro, dudring those 12 years, more than 67 million people have been treated and more than 224,000 surgeries performed in Bolivia.

Regarding the Milagro operation, he noted that more than 690,000 ophthalmological operations were performed, with almost 60,000 of those for the treatment of cataracts.