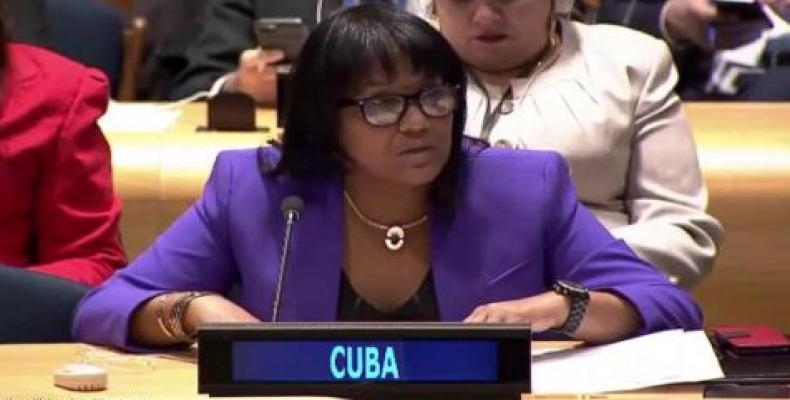 New York, February 9 (RHC)-- Cuban Deputy Foreign Minister Anayansi Rodríguez has praised the work developed by the movement of solidarity with Cuba in New York, particularly their unconditional support and strong efforts towards spreading the truth about the island’s reality in a context marked by increased U.S. hostility and slander campaigns in the mainstream media.

Anayansi attended a ceremony in New York City, organized by solidarity groups on the 60th anniversary of the Cuban Revolution.  She highlighted the courage of those who, from the United States, raise their voice and speak out in support of Cuba.   And she noted that the Cuba of today is the Cuba of Carlos Manuel de Céspedes, Antonio Maceo, José Martí and Henry Reeve.

Today’s Cuba, she said, continues waging the fight for the same principles of freedom and social justice to which Tampa cigar workers contributed back in the late 19th century.

The Cuban senior diplomat noted that when in October 2018 the UN General Assembly was debating the Cuban annual resolution against the U.S. blockade, activists with the solidarity movement were in the streets, demanding an end to Washington’s nearly six-decade economic siege on the Caribbean state.