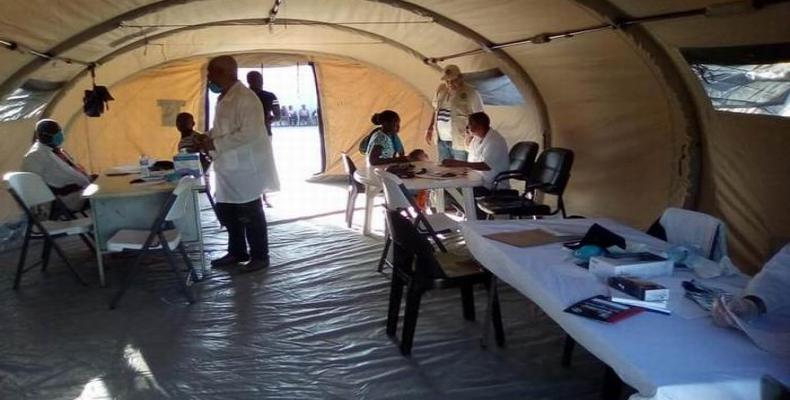 Maputo, May 30 (RHC)-- Cuban doctors of the Henry Reeve Contingent concluded their relief work with victims of Hurricane Idai in the central city of Beira, Mozambique.

The group offered some 22,200 consultations and performed 331 surgeries in 48 days of work, since their arrival last March 29, after the impact of the intense tropical cyclone.  It was the worst cyclone on record to affect Africa and the Southern Hemisphere.

The permanent secretary of the Sofala province, Raúl Manuel Nanlipa, praised the delivery of the Cuban medical brigade for the contribution given under such dramatic circumstances, and stressed that the aid was not limited only to the cyclone victims but was invaluable for the population in general.

Meanwhile, Pavel Diaz, Cuba's ambassador to Mozambique, said that what the group accomplished was the best Cuban tribute to Africa Day and a special tribute to eternal solidarity between the peoples of the Caribbean island and the African nation.