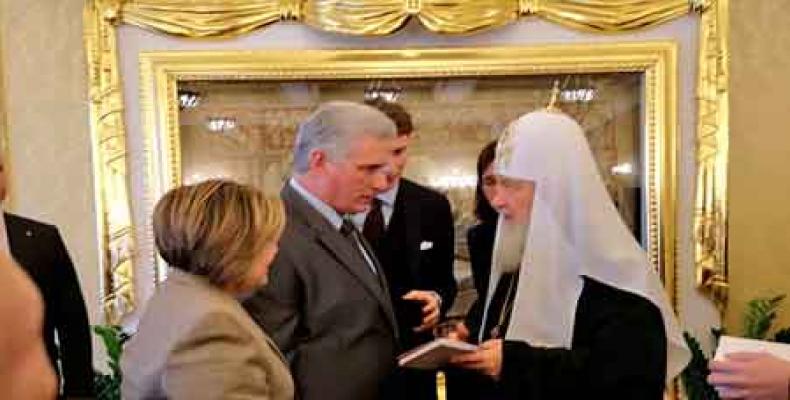 The meeting took place shortly before Díaz-Canel finished his second stay in the country.

On Tuesday, the Cuban Head of State met with his counterpart Vladimir Putin and Prime Minister Dmitri Medvedev, met with business people, and decorated restorers and Russian companies that intervened in the refurbishment of the dome of the Capitol of Havana.

In a ceremony at the Ibero-American Cultural Center, Diaz-Canel presented them with the Friendship Medal.

During his encounter with President Putin, Diaz-Canel invited him to visit Cuba and also conveyed warm greetings from Raul Castro.

The Cuban president also confirmed his attendance of events to celebrate the 75th anniversary of the Soviet victory in the Second World War (WWII) on May 9, 2020.

"I am grateful for your invitation to attend the celebrations of the 75th anniversary of victory over fascism. I confirm my attendance at the event," Diaz-Canel said during the meeting with Russian President Vladimir Putin, according to TASS news agency.