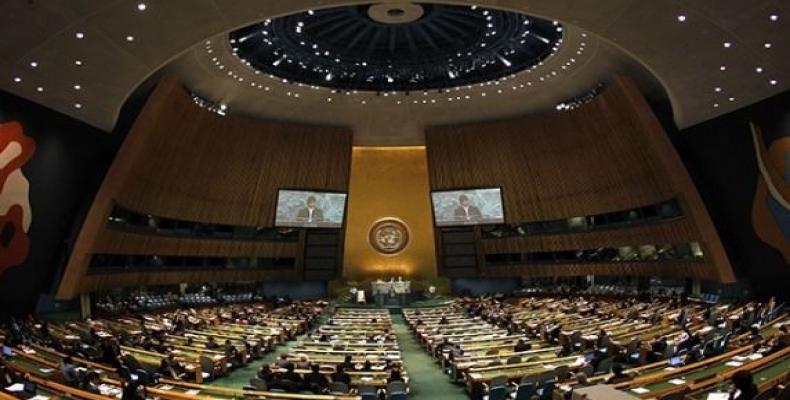 New York, November 6 (RHC)-- Today and tomorrow, for the twenty-eighth time, Cuba will submit to the United Nations General Assembly the draft resolution "Necessity of ending the economic, commercial and financial embargo imposed by the United States of America against Cuba."

It is expected that an overwhelming majority of nations will reject the genocidal, criminal, and unjust policy that hinders the sustainable development of Cuban society and arbitrarily harms the Cuban people, who decided 60 years ago to determine their own destiny.

In a backdrop of extreme hostility on the part of the Donald Trump administration, Cuba will win with the support of the nations of the world that defend the right to the self-determination of the peoples and respect for multilateralism.

More than 35 speakers take the floor during the explanation of the vote on Wednesday.  Cuban Foreign Minister Bruno Rodriguez will address the Assembly on Thursday just prior to the vote by UN member-states.

Cuba will not cease in its demand for the elimination of the economic, commercial and financial blockade imposed by the United States, and it will once again present a draft resolution that since 1992 has had the overwhelming support of the international community.