Debates on the resolution against the U.S. blockade of Cuba begin at the UN 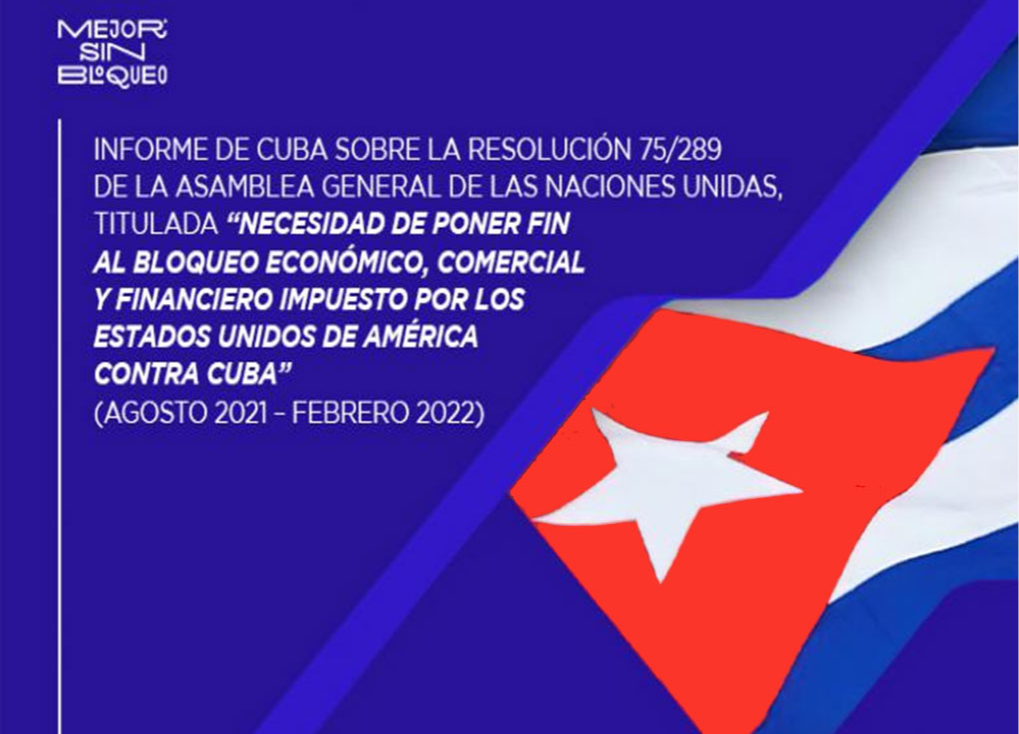 Cuba's report to the UN

United Nations, Nov 2 (RHC) The United Nations General Assembly (UNGA) will begin today with the first of two days of debates on the draft resolution to end the U.S. economic, commercial and financial blockade of Cuba.

As part of the 77th session of the UNGA, on Wednesday and Thursday, the representatives of the different countries will pronounce themselves on the issue, on what will be the thirtieth occasion that the matter comes to the plenary.

All previous votes were in favor of the elimination of the economic siege imposed by Washington and the unilateral coercive measures applied to the Caribbean nation, for which reason the support of the international community is once again expected.

According to the island's report presented to the organization, at current prices the accumulated damages during six decades of this policy amount to 150,410.8 million dollars, with a great weight in sectors such as health and education, beyond the economy and the quality of life.

Cuban authorities consider the blockade as an act of war in times of peace, and as the greatest obstacle to the development of the country.

Estimates suggest that approximately six thousand 300 million dollars were lost by the island due to the US blockade, only in the 14 months of the government of US President Joe Biden.

In particular, coercive measures such as the inclusion of Cuba on the list of countries that allegedly sponsor terrorism are very harmful, since they result in actions such as the refusal of foreign banks to provide services to the Caribbean nation.

An example of this is that between January 2021 and February 2022, a total of 642 direct actions by foreign banking entities were reported, according to the Cuban Foreign Ministry.