Cuba to present today at the UN resolution condemning the blockade 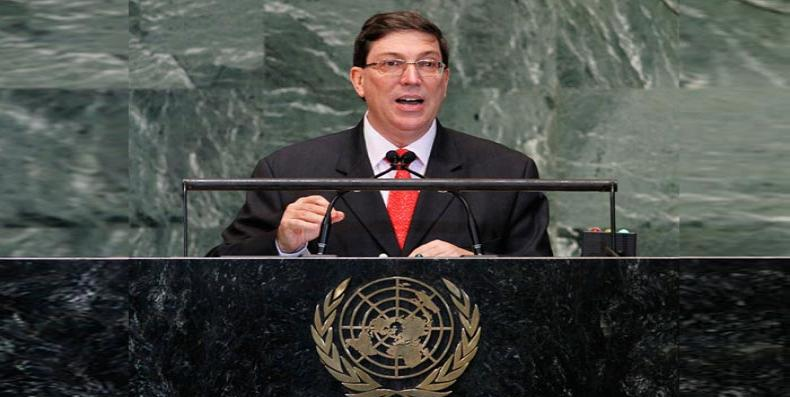 ​
The head of Cuban diplomacy stressed that the designation of Cuba as a State sponsor of terrorism reinforces the impact of this policy of economic asphyxiation.

Havana, Nov 3 (RHC) Cuban Foreign Minister Bruno Rodriguez will present this Thursday, during the 77th regular session of the United Nations General Assembly (UNGA), the draft resolution on the need to put an end to the U.S. blockade against the Caribbean nation.

The day before, representatives of the delegations had the opportunity to present their arguments on their votes, where the support for Havana's position was overwhelming and evidenced by the international isolation of the U.S. policy of applying sanctions to countries that do not conform to its model of democracy.

Recently, when presenting to the press the resolution to be voted on, the Cuban Foreign Minister pointed out that only in the first 14 months of the administration of U.S. President Joe Biden, the damages caused to Cuba by the application of this policy amounted to six thousand 364 million dollars, at current prices.

The head of Cuban diplomacy stressed that the unilateral and fraudulent designation of Cuba as a State sponsor of terrorism reinforces the dissuasive and intimidating impact of this policy of economic asphyxiation.

This is the thirtieth time that the Cuban government has submitted such a draft resolution to the UNGA for consideration, which received almost unanimous support from the international community since the first time. (Fuente: PL)