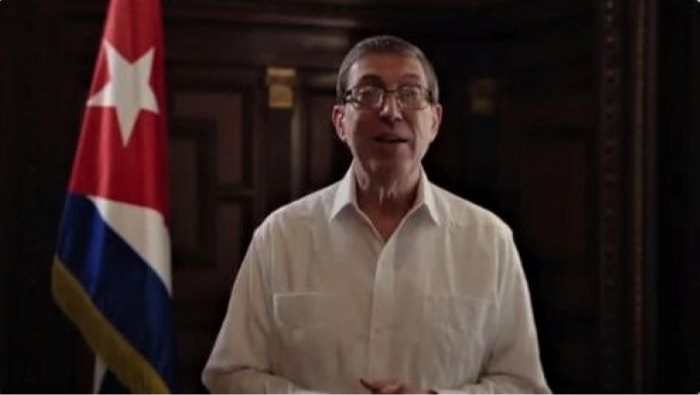 Havana, September 15 (RHC)-The United Nations General Assembly will again consider the draft resolution calling for an end to the U.S. blockade of Cuba.

The island's Foreign Relations minister, Bruno Rodríguez Parrilla, announced in a tweet Thursday that for the 30th time, the top UN body will discuss the text on November 2 and 3.

In a video that accompanied the announcement, the Cuban foreign minister recalled that the government of that country persists in ignoring the claim of the international community and has tightened the blockade to unprecedented levels.

"It has been a failed policy to subvert the constitutional order in Cuba, but it causes unjustifiable shortages, pain, and suffering to Cuban families by limiting access to food, medicines, fuel, and other necessities," he added.

Rodriguez considered that the measure causes real and significant damage to the human rights of Cubans.

Only in the first 14 months of the Biden administration, -- he noted--the damages it has caused reached 6364 million dollars, hindering the island's development and depriving it of income that could be destined for the welfare of its people.

The minister argued that the unilateral and fraudulent designation of Cuba as a state sponsor of terrorism reinforces the dissuasive and intimidating impact of the blockade, which has a marked extraterritorial character and damages the legitimate links established by governments, entities, banks, and business people with the island and also harms Cubans living abroad.

"The U.S. government accompanies this abuse with disinformation and destabilization operations against Cuba," Rodriguez added.

The head of Cuban diplomacy stressed that the blockade policy suffers profound international isolation, generates discredit to the United States, and arouses the resounding rejection of the peoples of the world.

"Cuba has the right to live without a blockade," he concluded.