Overwhelming number of nations expected to vote in favor of resolution demanding the end of U. S. blockade on Cuba 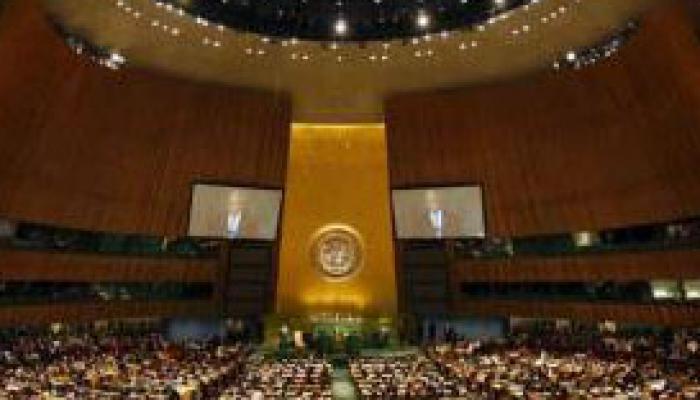 United Nations, November 7 (RHC)-- The United Nations General Assembly is set to vote this Thursday on a resolution, requesting the end of the most prolonged economic, financial, and commercial siege ever kept by a power against another country in modern human history.

This is the 28th time that a vote on the issue takes place at the UN Body, and it is expected to be approved by an overwhelming number of nations.

Although the document does not have a binding character, its approval is a clear demonstration of international rejection of Washington measures against Cuba, at a time when the Trump Administration has adopted measures to squeeze the Caribbean island further.

On Wednesday, dozens of nations paraded at the United General Assembly Hall to voice their rejection of the illegal and criminal U.S. policy and to appeal to the respect of the purposes and principles of the UN Charter, particularly on the sovereign equality of the states, non-intervention, and non-interference in their internal affairs.

Cuban Foreign Minister Bruno Rodriguez Parrilla will present to state members the text of the draft resolution.  Earlier this week, the minister warned about desperate attempts by the U.S., using extreme pressure and blackmail to force several Latin American countries to vote against the Resolution.

Last year, the text entitled “Necessity of ending the economic, commercial and financial embargo imposed by the United States of America against Cuba,” was passed with the overwhelming support of 189 UN member states, with only two negative votes: The United States and Israel.

During its implementation for almost 6 decades, it is estimated that the application of U.S. blockade policy has caused the economic losses estimated at over 138 trillion dollars and uncountable human suffering and despair.