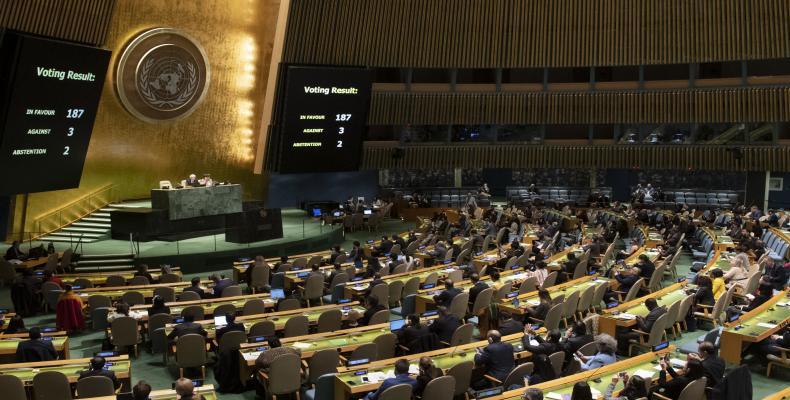 Of the 192 member states of the United Nations, 187 voted in favor. The United States, Israel, and Brazil opposed the resolution, and Ukraine and Colombia abstained.

The document calls upon all States to refrain from promulgating and applying laws and measures like the blockade in conformity with their obligations under the UN Charter and international law.

Cuban Foreign Minister Bruno Rodriguez said on Twitter that the vote represents the undeniable isolation of the United States.

“Brutal pressures reflect the moral bankruptcy and rottenness of the U.S. current government. This is another categorical victory for Cuba, and for our heroic people. This is a triumph of truth and justice,” he said.