Medical brigade that fought Covid-19 in Honduras returns to Cuba 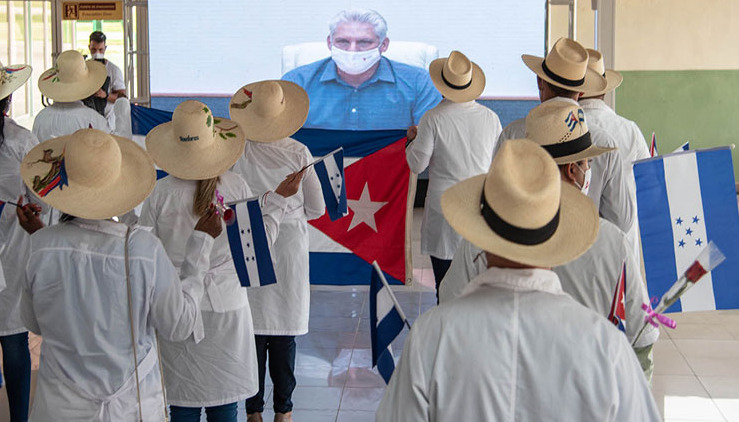 Tegucigalpa, September 9 (RHC)-- The medical brigade of the internationalist contingent Henry Reeve which was in Honduras returned to Cuba on Tuesday after more than four months helping that central American country fight against Covid-19.

The Honduran Parliament acknowledged the Cuban professionals for their dedication and professionalism with the Commander's Cross distinction.

Upon their arrival at the Jose Marti International Airport, the contingent was welcomed via teleconference by President Miguel Diaz Canel.

“You have been a brigade that has left a trail of affection, of recognition for the quality with which you carried out the work of confronting the pandemic in places of complexity, and with the support of your advice to Honduran health authorities,” said the President.