Provocation against Cuba solidarity initiative in the U.S. denounced 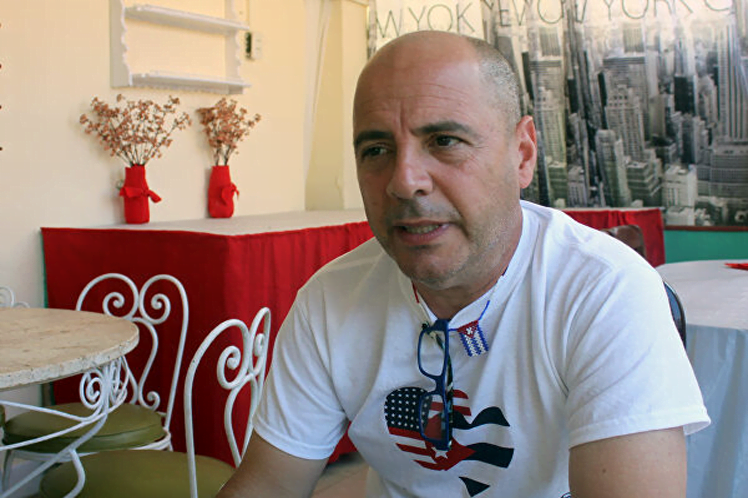 Washington, Jun 30 (RHC)-- Cuban American activist Carlos Lazo reiterated on Wednesday that nothing will stop the Bridges of Love walk and denounced a provocation against the members of this initiative in solidarity with Cuba in the United States.

We are not going to stop. We will get to Washington DC, said Lazo, coordinator of the project, in statements to Prensa Latina via WhatsApp shortly after they were provocatively harrassed in the middle of the road.

He explained that they had received threats of different kinds in recent days, but this is the first time that something similar has happened.

The vehicle driver, whom he categorized as a truck driver of hate', began to shout offenses while 'he was coming at us, he pointed out.

The caravan for Bridges of Love left last Sunday from Miami, Florida, on a journey of more than 2,000 kilometers to the U.S. capital to demand an end to the economic, commercial, and financial blockade and the sanctions imposed on the island.

On Tuesday night,  after several kilometers of their pilgrimage, the members of the initiative promoted by the Cuban-American professor met with the Group of Veterans for Peace to argue how that hostile policy causes much pain and damage.

Such meetings are part of the activities to move the consciences of the American people and seek alliances, Lazo said.

On July 25, the members of the Walk for Bridges of Love will congregate in Lafayette Square, in front of the White House, to deliver thousands of petitions demanding that U.S. President Joe Biden lift the blockade against the island.

Participants will also demand the reopening of the U.S. embassy in Havana and the reestablishment of the remittance service to the Caribbean island and the resumption of the family reunification plan suspended in 2017 by then President Donald Trump.