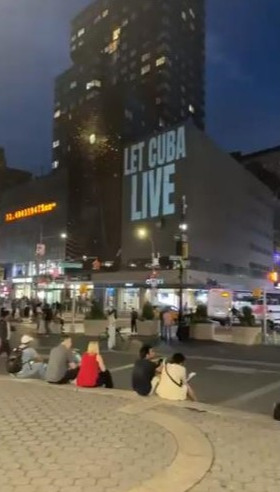 On Twitter, the president showed his gratitude to the U.S. organizations Codepink, The People's Forum and Answer Coalition, which also promoted, among other organizations, the publication of the New York Times Full Page Ad.

Diaz Canel described the actions as a 'beautiful embrace to the Cuban people in the heart of New York.

Thank you for saying Let Cuba live, wrote the head of state on the social media network. In another message, he added: 'We will not tire of saying Thank you to the noble American people'.

Live from Union Square in NYC we’re joining @illuminator99 in collab with @codepink @answercoalition to say no to the US blockade of Cuba #LetCubaLive #UnblockCuba pic.twitter.com/fjEuF6xkyh