Cuban President thanks solidarity from Africa 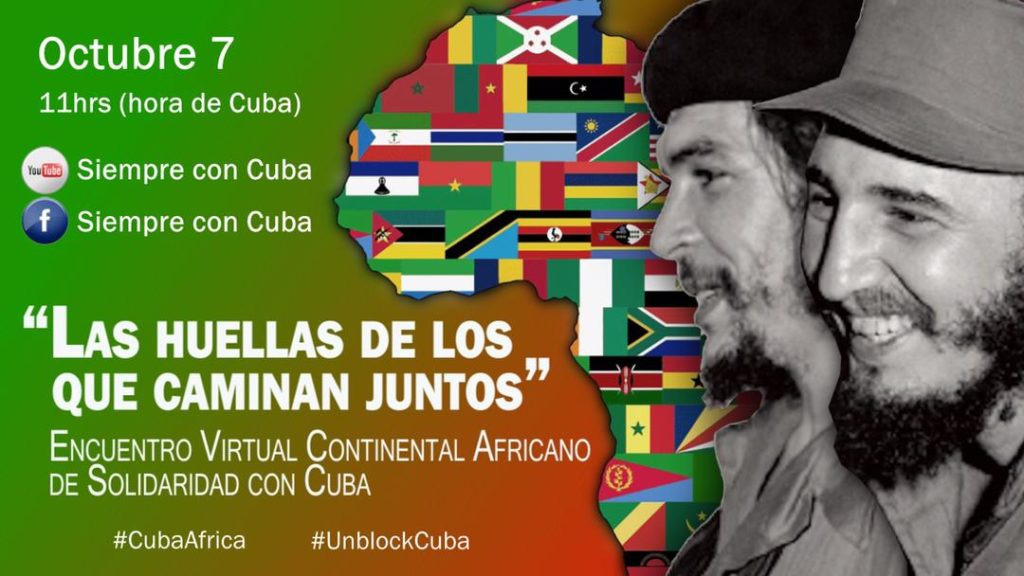 The president highlighted the common roots, shared struggles, and blood, and evoked the legacy of leaders from both territories, such as Fidel Castro, Ernesto 'Che' Guevara, Thomas Sankara, and Oliver Tambo.

The meeting, organized by the Cuban Institute of Friendship with the Peoples and which was to be held in Mozambique in November this year because of Covid-19, is being held from the Jitsi Meet platform.

The meeting has, among its objectives, to strengthen ties between the African continent and the Caribbean country, and is a platform to ratify participants' rejection of the hostile policy of the United States against the island, reinforced amid the current health emergency.

It will also pay homage to Fidel Castro and Ernesto Guevara, internationalist symbols in the struggles for the independence of the African peoples.