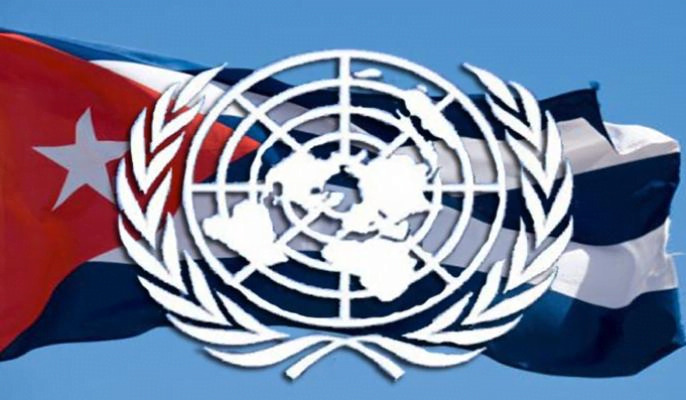 Havana, Sep 30 (RHC)  As it was proven in the recent high-level debate at the UN General Assembly on Wednesday, the thesis that Cuba is isolated from the international community is completely false.

This was stated by Mirthia Brossard, Specialist of the Directorate of Multilateral Affairs of the Ministry of Foreign Affairs (MINREX), in Havana, who referred to the support that our country received from numerous heads of states and governments that participated in the largest UN event that ended this week.

On the occasion of the general debate at the UN, Cuban Foreign Minister Bruno Rodríguez had a broad multilateral agenda. He met with counterparts from several countries and also with U.S. religious leaders and Cuban residents in the U.S, as recalled in the television and radio program Mesa Redonda .

Cuba arrived at the forum with important achievements, such as its own vaccines against Covid-19 and the international collaboration it is providing to fight the pandemic, Brossard stressed.

For his part, Diosdado de Jesús Hernández, a specialist from the Directorate of Multilateral Affairs of the Ministry of Foreign Affairs, stressed how the rejection of the U.S. blockade against Cuba was a mobilizing cause in the general debate.

Many countries from different regions of the world pronounced themselves against the U.S. blockade against the largest of the Antilles and this shows the great interest of the international community in the issue, he pointed out.

There were also positions against the inclusion of Cuba in Washington's unilateral list of states allegedly promoting terrorism, he added.

Another frequent theme in the speeches of several dignitaries was the recognition of the cooperation of Cuban health professionals, despite the difficulties caused by the U.S. siege and sanctions.

Likewise, he explained, the high-level debate at the 76th session of the UN General Assembly rejected the extraterritorial nature of the blockade and how that policy harms the sovereignty of other nations.

We saw in the general debate a Caribbean increasingly united and committed to the Cuban cause, said Hernández. High dignitaries from Barbados, Jamaica, St. Kitts and Nevis, St. Lucia, St. Vincent and the Grenadines, Bahamas, Grenada, Dominica, Trinidad and Tobago, Suriname, Guyana and Belize demanded an end to the blockade.

From Oceania: Tuvalu and the Solomon Islands did the same, and from Latin America, leaders from Costa Rica, Venezuela, Mexico, Nicaragua and Bolivia agreed in their rejection of the unilateral mechanism.

African representatives also joined the call, such as those of Burkina Faso, Namibia, Chad, Gabon, Equatorial Guinea, Lesotho, Gambia, Benin, Republic of Congo and Guinea. Vietnam, Laos, Timor Leste and the Democratic People's Republic of Korea also called for an end to the U.S. encirclement. As did Russia, Belarus and Syria. (Source: Prensa Latina).