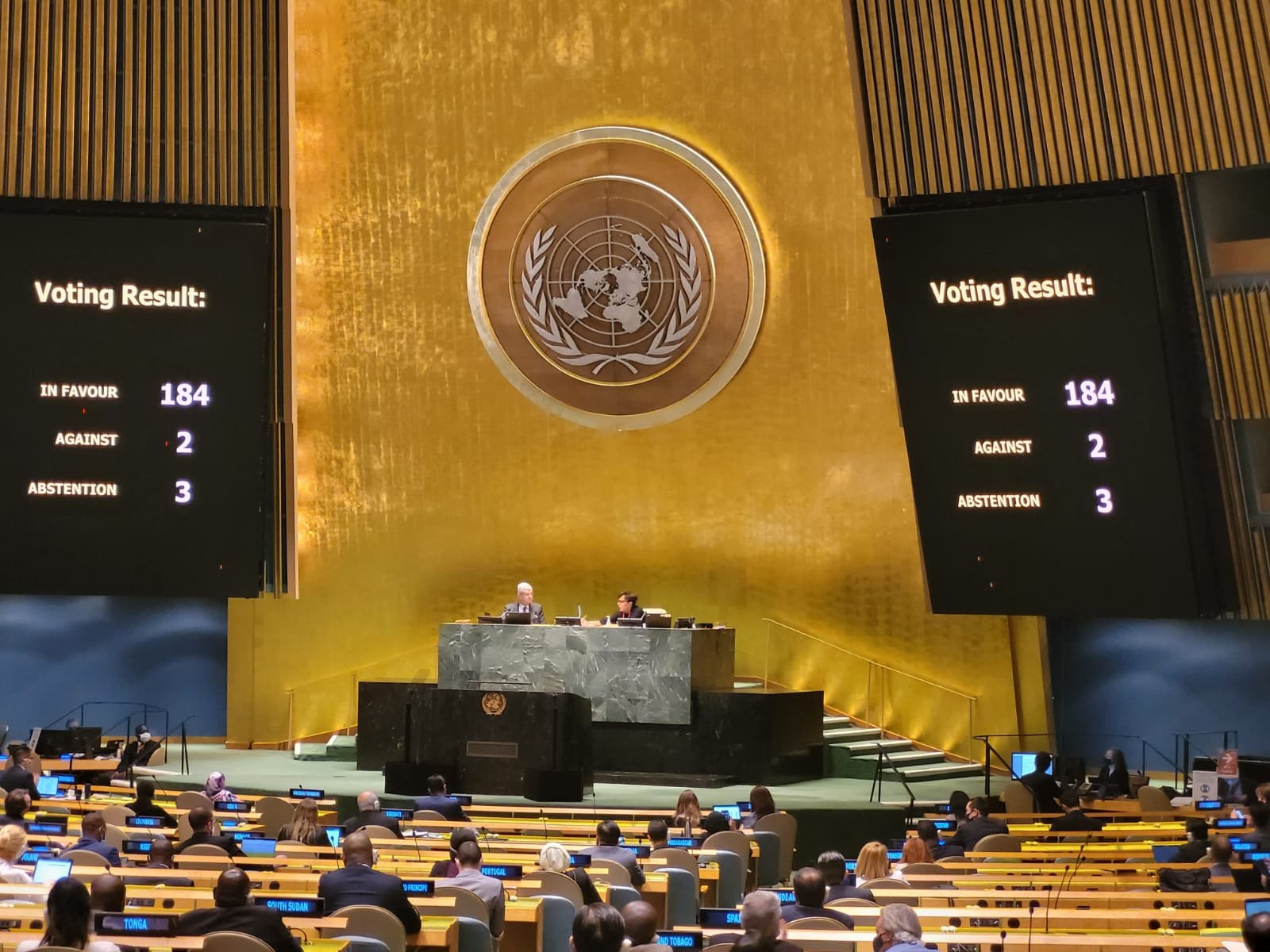 UNGA Hall at the time of the vote on Cuba's resolution on US Blockade, June 23, 2021.
Photo: Twitter Foreign Ministry.

Havana, June 23rd (RHC) The International Community once again overwhelming stood behind Cuba’s plight demanding the lifting of the six-decade-long US blockade on the island.

For the 29th   occasion, the UN General Assembly voted the Resolution Necessity of ending the economic, commercial and financial embargo imposed by the United States of America against Cuba.

The resolution was adopted by184    votes in favor,  2  against United States, Israel, and  3  abstentions.

The vote, originally stated for last year, was postponed for a later date by Cuban authorities due to the restrictions imposed by the COVID-19 pandemic.

The adopted text once again reiterates its call upon all States to refrain from promulgating and applying laws and measures that breach international law and multilateralism.