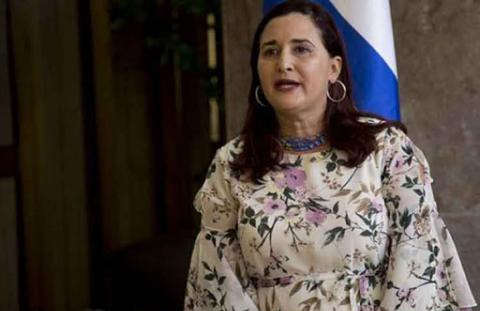 Havana, November 9 (RHC)-- Deputy director-general for the United States at the Cuban Foreign Ministry, Johana Tablada, denounced that White House spokespersons are lying to justify a new operation against the island and maintain their interference and abuses against its people.

The official pointed out on Twitter that the aggression of Joseph Biden's administration began in January of this year to coincide with his rise to power.

"Examples of this are the permanence of Cuba on the list of alleged State sponsors of terrorism, the request for funds for interference, and the maintenance during the Covid-19 pandemic of the economic, commercial, and financial blockade imposed for almost six decades," she asserted.

The diplomat wrote: "To illustrate priorities and lack of credibility to judge Cuba, it would be enough to remember that the United States annually employs almost 50 million dollars to overthrow the Cuban Revolution and threaten with illegal measures the livelihood of a population of 11 million human beings".

In another tweet, Tablada remarked that the same canned and dishonest message of "the circumstances" was repeated this Sunday by Juan González, Biden's top advisor on Latin American issues.

"As if they had done anything differently before July 11 other than giving in to the extortion of the anti-Cuban lobby, lie and take advantage of Trump's 243 inhumane measures," said the official from Havana's Foreign Ministry.