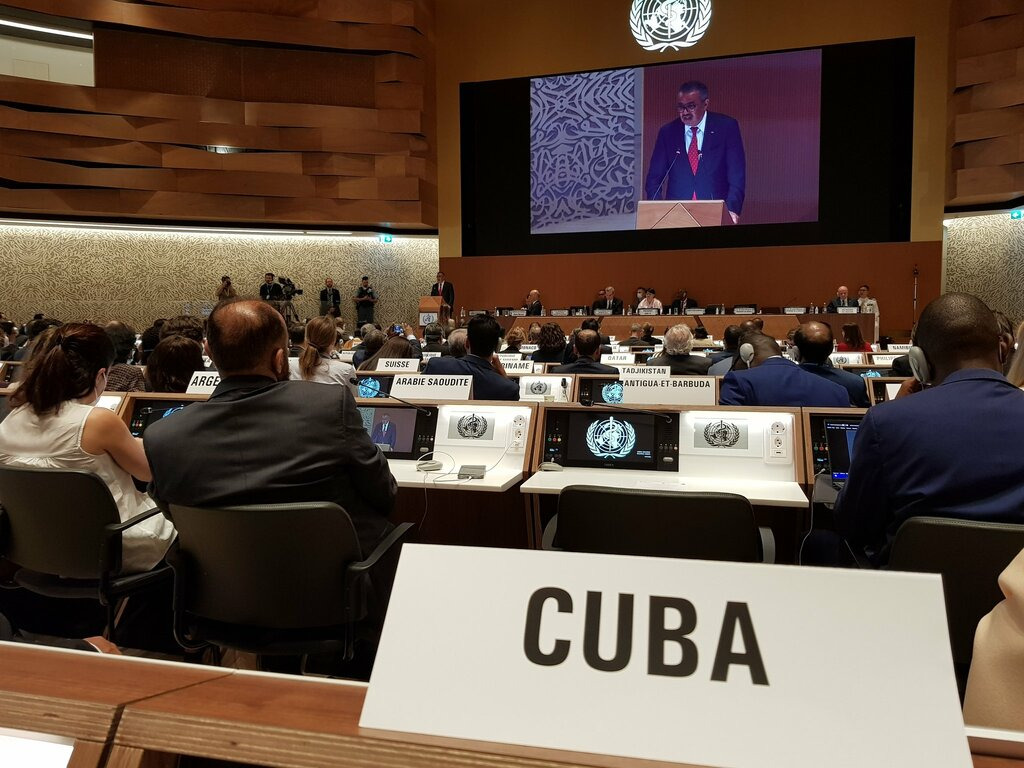 Cuban Health Minister José Ángel Portal posted on  Twitter the meeting he held with his South African counterpart while highlighting the interest of both nations in continuing to strengthen the historic cooperation in the health sector.

During the talks with the Saudi Arabian Health Minister, he reported, that the existing ties were followed up, while the Saudi official expressed his nation's satisfaction with the work carried out by Cuban professionals there.

Portal held another meeting with his Maltese counterpart. They signed a memorandum of understanding to develop cooperation in the fields of health and research.

Likewise, with Mozambique, there was a dialogue on actions that both states can promote to strengthen collaboration links.

Cuba comes to share experiences, strengthen cooperation ties and ratify its commitment to the health and peace of the peoples, said the Cuban minister.

"This is the first Assembly to be held in person after the beginning of the pandemic caused by Covid-19. Let us make this scenario a space to unite wills in pursuit of life," he added.

The 75th session of the World Health Assembly, which began this Sunday and will continue until next Friday, will highlight the importance of building a healthy and peaceful planet by taking advantage of science, technology, and innovation.