Decorations were awarded to people who fought the fire in Matanzas 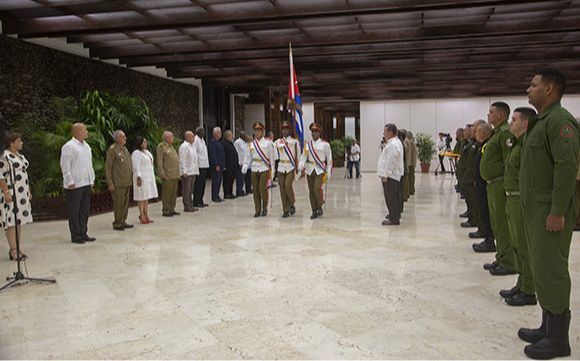 Havana, September 1 (RHC)-- Cuban President Miguel Diaz-Canel congratulated the participants in the fight against the large-scale fire in Matanzas early in August, who were decorated on Wednesday.

During a ceremony in Havana, orders and medals were awarded to officers, soldiers, firefighters, and civilians who, at the risk of their own lives, fulfilled their duty during the days of the most severe industrial accident in the country.

The work of officers and workers of the Ministry of the Interior and the Revolutionary Armed Forces, the fire, rescue, and salvage corps, as well as workers of other agencies of the Central State Administration, who participated directly in extinguishing the fire and assisting the victims, was recognized.

Young firefighters, soldiers, officers, journalists, civilian workers, and ministers of various portfolios who were involved from the first moment in fighting the catastrophe were acknowledged at the ceremony.