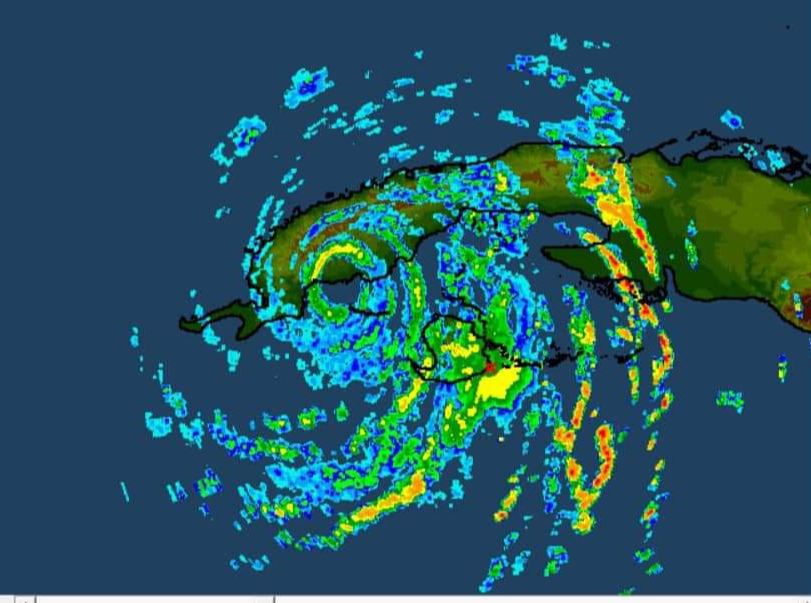 Radar image from Punta del Este at 05:00 this morning

Havana, September 27 (RHC)-- Hurricane Ian, category 3 on the Saffir-Simpson scale, made landfall in Cuba today shortly after 03:00 local time, by Coloma in the province of Pinar del Rio, in the western part of the country.

According to the Meteorological Institute's Forecast Center, the wall of the meteor's eye is already over the southern coast of that territory.

Meanwhile, a national television report reported that in that province there was great damage to the electric service, strong winds and intense rainfall, and some houses already had damage to their roofs.

Tropical storm force winds, with speeds between 70 and 80 kilometers per hour with higher gusts, are perceptible in Isla de la Juventud, Artemisa, Mayabeque and Havana.

Coastal flooding was heavy in southern Cuba, and was already beginning to be felt in the western north.