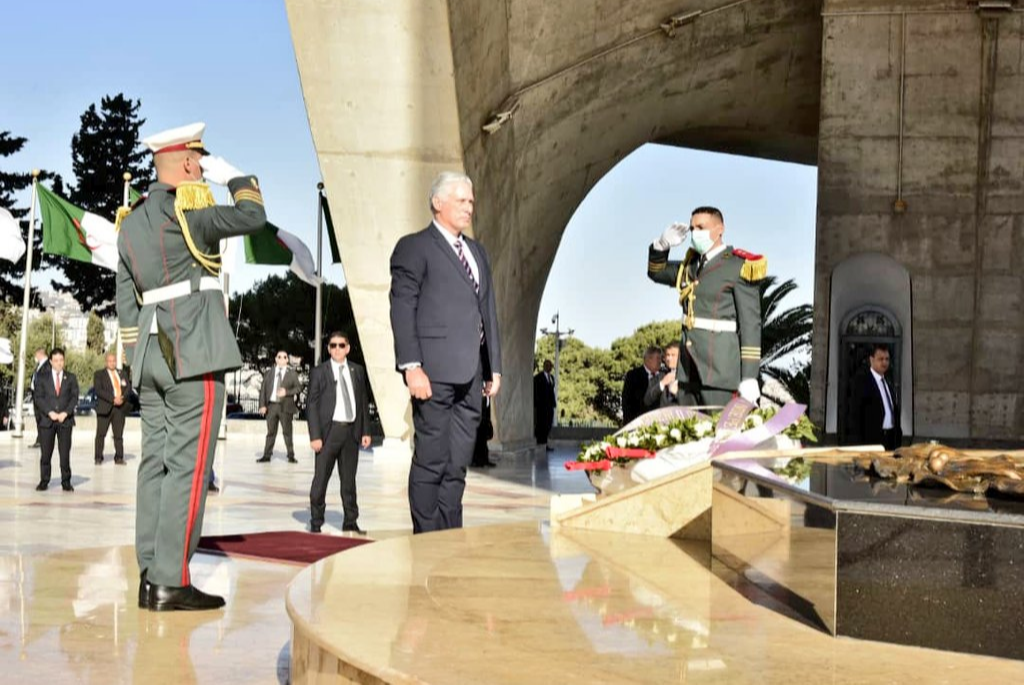 Havana, November 17 (RHC)-- With a wreath at the Martyrs' Monument in Algiers, as a tribute to the brave fighters of the national liberation war, Cuban President Miguel Díaz-Canel today began the program of activities of his official visit to Algeria, the Cuban foreign minister posted on his official Twitter account.

This Wednesday, the also First Secretary of the Central Committee of the Communist Party and President of the Republic arrived in Algiers, capital of the People's Democratic Republic of Algeria, to fulfill an official visit in the framework of the celebration of 60 years of diplomatic relations and historic ties of brotherhood between the two countries.

Algeria is the first stop of the international tour initiated by the Cuban head of state, the first after the Covid-19 pandemic, and also includes Russia, Turkey and China.

In announcing his tour of these nations, the president said that the program designed responds to the political and economic priorities of his country.

"During these days, we will be working intensively to strengthen economic and political ties that will allow us to continue promoting Cuba's development. In other words, to continue building the horizon of well-being that we deserve," Díaz-Canel said on Twitter.

Likewise, he affirmed that the purpose of the visits is to promote efforts to alleviate the effects of a post-pandemic crisis that is overwhelming the whole world and is worsening for Cuba due to the effects of the U.S. economic, commercial and financial blockade.

According to the program, this presidential tour of African, Asian and European nations will conclude on November 27.