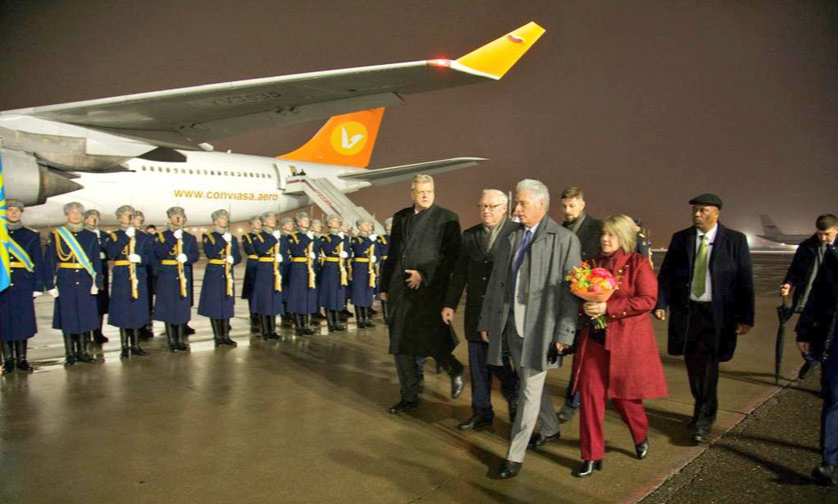 Havana, November 22 (RHC)-- The First Secretary of the Central Committee of the Communist Party of Cuba and President of the Republic, Miguel Díaz-Canel concluded Tuesday an official visit to Russia, and continues his international tour in Turkey and China.

On the social network Twitter, the president emphasized Russia's solidarity with the Caribbean nation, and wrote a fraternal farewell, in which he thanked for the intense days of the visit.

"Farewell, dear Russia. We will never forget your outstretched hand whenever we need it. Nor these brief but intense days in Moscow. Thank you," the Cuban head of state said.

On Saturday, November 19, the high-level delegation of the Caribbean island arrived in Russia from Algeria, where it began an international tour that will last until November 27.