Cuban president arrives in Ireland for an official visit 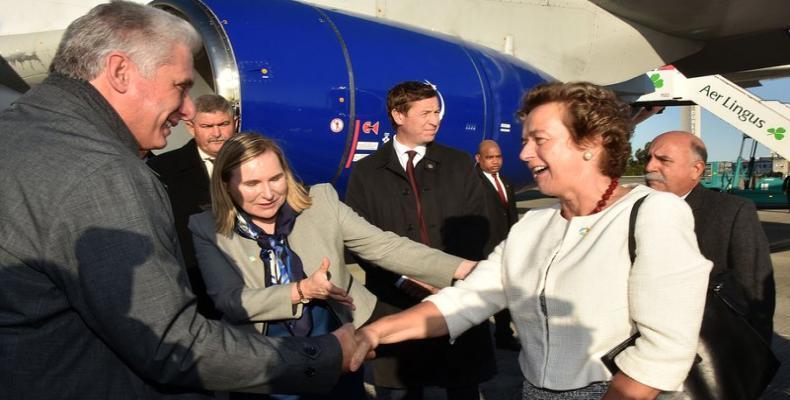 Dublin, October 20 (RHC)—Cuban President Miguel Díaz-Canel Bermúdez arrived Sunday in Dublin, capital of Ireland, on the first stop of a tour that will take him also to Belarus, Russia, and Azerbaijan.

Around ten o'clock am the president was received at Dublin Airport by Protocol directors and ambassadors Bárbara Jones and Hugo Ramos Milanés, from Ireland and Cuba, respectively, the Cuban presidency website reported.

It is the first official visit ever by a Cuban president in Ireland. This stay, which takes place in the context of the twentieth anniversary of the establishment of diplomatic relations between the two countries, is a follow up to the visit made in February 2017 by the Irish president, Michael Higgins.

According to the agenda scheduled for two days in Dublin, the Cuban president will meet with the Irish president and visit places of historical, economic, and social interest in Ireland, a country of just over 4 million 921 inhabitants, with one of the fastest-growing economies in the eurozone.