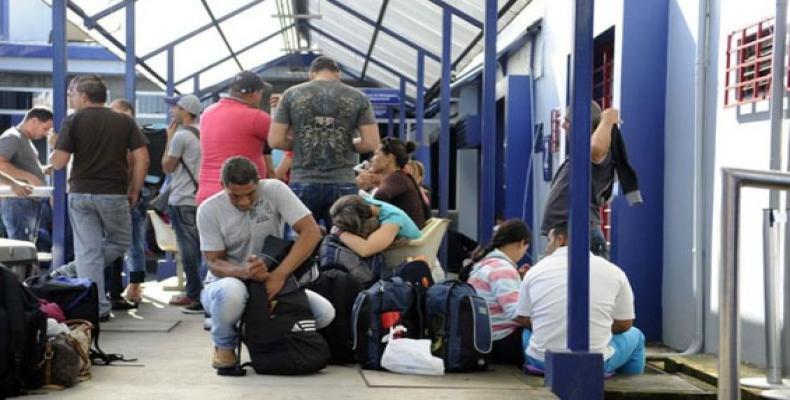 Mexico City, January 4 (RHC-dpa)--- Mexican authorities announced that they will receive the first group of Cuban migrants coming from Costa Rica, in the framework of a pilot plan that seeks a solution to the situation of thousands of Cubans, who are trying to get in the United States through Central America.

“The arrival of those Cubans to Mexico will begin on Monday or Tuesday,” Jordán de Jesús Alegría Orantes, an official with the National Institute for Migration told dpa news agency. The Mexican official added that the decision is based on an agreement reached recently between the Mexican and other Central American governments.

The Cuban migrants will enter Mexico through the border with Guatemala with special papers granted by Mexico's National Institute for Migration, which will allow them to travel across Mexico without restrictions and arrive to the border with the United States.