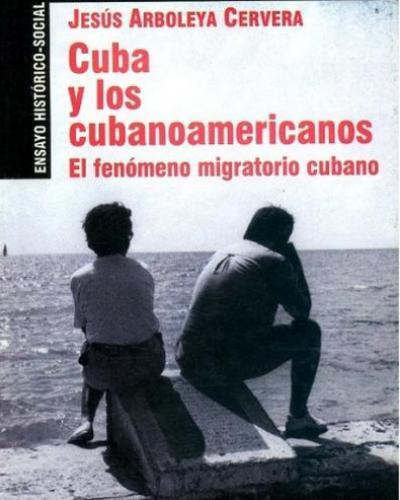 The Fourth Conference “The Nation and Emigration” has been postponed because of the COVID-19 pandemic, as announced by the Cuban Ministry of Foreign Relations on March 12. The Ministry will announce a rescheduled date for the Conference in due course. In preparation for the Conference, we will continue with our commentaries on Cuban emigration.

In Cuba and the Cuban Americans, published by Fondo Editorial Casa de las Americas, Havana in 2013, Jesús Arboleya analyzes the Cuban migratory phenomenon. I draw upon the final four chapters of the book to offer reflections on Cuban emigration in today’s edition of Notes on the Revolution.

Emigration from underdeveloped countries to the nations with advanced economies is a normal tendency in the modern world-system, one of several consequences of the problem of unequal development. The necessary global structural change has been proposed with increasing clarity and unity by the once colonized peoples and nations of the Third World since the 1950s, but the proposal persistently has been rejected by the imperialist powers. In this global political context, emigration emerges as an individual solution, in which persons of poor countries can overcome their material dissatisfactions through the bold and difficult act of migrating to a nation with a stronger economy and greater possibilities. The individual solution is supported by the governments of the migrants’ countries of origin, which see in emigration an escape valve. On the other hand, the nations with the advanced economies seek to block the entrance of the migrants, because their concepts of economic development did not anticipate the phenomenon, and they are not prepared either economically or politically to receive migrants on a mass scale from the neocolonized zones.

Cuban emigration appears consistent with the global tendency, when looked at statistically. Between 1959 and 2010, some 1,539,650 persons migrated from Cuba, equivalent to 8% of the Cuban population, of which 80% migrated to the United States. The Cuban migration rate of 8% is twelfth place among the Caribbean nations, and sixteenth in Latin America. The English and French speaking countries of the Caribbean have higher migration rates, in many cases higher than 20%. Latin American countries with higher migration rates than Cuba include El Salvador (with 14.5%), Nicaragua (9.6%), Mexico (9.4%), and the Dominican Republic (9.3%).

But the statistical normality of Cuban emigration hides its fundamental abnormality. Whereas the United States places significant restraints on natural migration from other nations, with respect to Cuba, it has attempted to stimulate emigration, by granting refugee status to the Cuban migrants and providing them with financial support in their new land. The intention of U.S. policy was to deprive the Cuban Revolution of needed professionals and technicians, and to establish a social base in the United States for counterrevolution, to which it provided financial and logistical support. Joined with its blocking of trade and investment with Cuba, the intention of the United States was to create economic difficulties and promote political destabilization on the island.

At the same time, whereas other countries have encouraged immigration as an escape valve, Cuba from 1858 to 1978 had an anti-emigration policy, which included the selective issuance of permits to leave the country, confiscation of property of those who had abandoned the country, and the selective issuance of permits for emigrants to reenter the country. These policies were formed in the context of the Revolution’s intense conflict with the United States, with the criminals of the Batista dictatorship, with the landed oligarchy, and eventually, with Cuban owners of industry. The policies were designed not only to block the flight of criminals and stolen funds, but also to protect the nation from terrorist activities carried out by organizations formed in the émigré community in Miami. These migratory policies enjoyed wide support among the people, because of the ties between emigration and counterrevolution. Inasmuch as emigration was functional for U.S. counterrevolutionary policy, it was viewed as treason by the people.

Nor was Cuba oriented to resolving its economic problems by encouraging its citizens to leave. The Cuban Revolution sought to protect the social and economic rights of all of its citizens, implementing structural changes that broke the neocolonial relations with the imperialist power. This concept of independent economic development did not contemplate an escape valve of emigration.

In the long run, however, Cuban migratory policy was seen to be caught in a contradiction. By limiting emigration, the Revolution was creating a situation in which it would be living indefinitely with a sector that was unsatisfied with their lives in their country, which was fertile ground for the seeding of counterrevolutionary activities by the enemies of the Revolution; and it also was a violation of the principle that socialism is constructed voluntarily.

At the same time, things were changing, in Cuba, in the government of the United States, and in the Cuban émigré community. In 1978, in a context in which the Cuban Revolution had been consolidated, the U.S. government had moved toward peaceful coexistence with the Soviet Union and the normalization of relations with Cuba, and there had emerged a stronger voice in the Cuban-American community in support of peaceful coexistence with Cuba; Fidel called for dialogue with the Cuban émigré community, and the first encounters between the Cuban Revolution and the Cuban emigration were held. However, in spite of this historic gesture by Fidel, there was not a consensus in Cuba, either among the people or within the government, in support of dialogue or a change of policy toward the emigration.

But there had been factors that were stimulating Cuban emigration, with social sources different from the emigration of the early 1960s. For the youth of the 1970s, life was full of meaning and purpose, under the guidance of the revolutionary leadership and the great majority of the people. But some felt marginalized from the logic of the process, in a context in which there were exceptional opportunities offered by the United States. Inasmuch as the great majority of people were fully on board in the revolutionary project, the revolutionary leadership did not see the dissatisfaction of some, and it did not foresee the migratory explosion of 1980. The Mariel explosion, however, was a one-time release of tension. During the 1980s, the Cuban emigration rate declined, in a context of relative political and economic stability.

The economic crisis of the “Special Period” of the 1990s, caused by the collapse of the Soviet Union and the socialist bloc, provided a new stimulation to emigration. The Cuban emigration of the 1990s was not connected to counterrevolution as in the 1960s, nor was it connected to a dissatisfaction with Revolution as in 1980. It was driven by economic hardship, and many who migrated were oriented to providing financial support for their families in Cuba. Therefore, there was not a negative attitude toward emigration, among the leadership and the people, as there had been in the 1960s and in 1980.

Since 1978, Cuba migratory policy has evolved toward an acceptance of emigration as a dimension of Cuban reality. It has gradually moved to normalization of its migratory policy and its relations with the emigration, leaving behind the conflictive context of the early 1960s. This evolution has been sustained in spite of the hostile and aggressive policy of the United States toward the Revolution since the 1990s, because Cuba had an objective interest in the qualitative transformation of its relations with the Cuban emigration. Accordingly, Cuba has sought to regulate migration on the basis of agreements with the United States and other nations, seeking a legal and orderly emigration.

The Cuban government today conceives relations with the Cuban émigré community as integral to its quest for economic and social development. In the first place, the Cuban emigration in various nations of the world can act in the nations where they now reside as advocates for the termination of the U.S. blockade and for the establishment or deepening of economic relations with Cuba. Moreover, the Cuban emigration is able to contribute to the economic development of Cuba through investment in sectors that are given priority in the Cuban development plan, either through establishing themselves as formal investors in Cuba, in accordance with Cuban regulation of foreign investment; or informally providing financial support to Cuban citizens who are developing private enterprises, in accordance with Cuban regulations with respect to self-employment and small-scale private property.

We will continue reflecting on issues related to Cuban emigration in future commentaries, in preparation for the Fourth Conference “The Nation and Emigration.”