Diaz-Canel: The 4th Conference &quot;The Nation and Emigration&quot; must mark a milestone 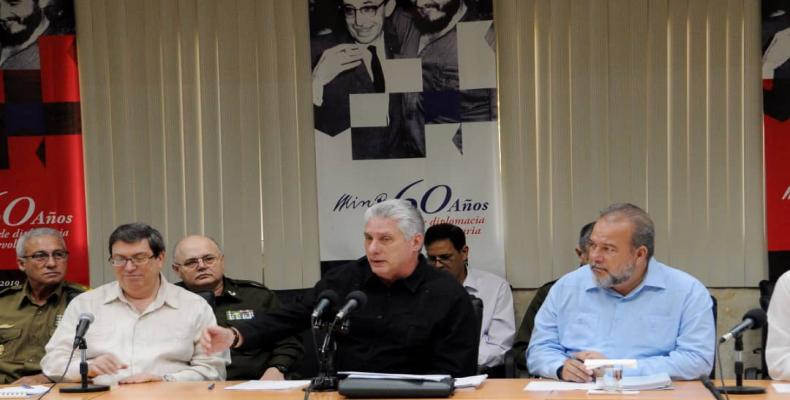 Havana, February 20 (RHC)—Cuban President Miguel Diaz-Canel says the 4th Conference "The Nation and Emigration," to be held in Havana from April 8 through the 10th, must mark a milestone and become an open space for debate, without fractures to the island's sovereignty, unity, and independence.

The President made the statement at the Foreign Affairs Ministry yearly stock-taking meeting, held Thursday at the headquarters of that institution.

Cuban authorities have reiterated their commitment to continue promoting the process of strengthening ties with its emigrants, initiated by the historical leader of the Revolution, Fidel Castro, in 1978, and maintained by Raúl Castro and Díaz-Canel.

According to the event's organizers, the Fourth Conference on Nation and Emigration will constitute a new and essential step forward in terms of continuing to strengthen ties between Cuba and its nationals around the world.

The defense of the Revolution and the condemnation of the blockade maintained by the U.S. government against the Caribbean nation, the cultural and economic links, and the promotion of the rapprochement of young people and descendants of Cubans, are some of the items included on the event's agenda.