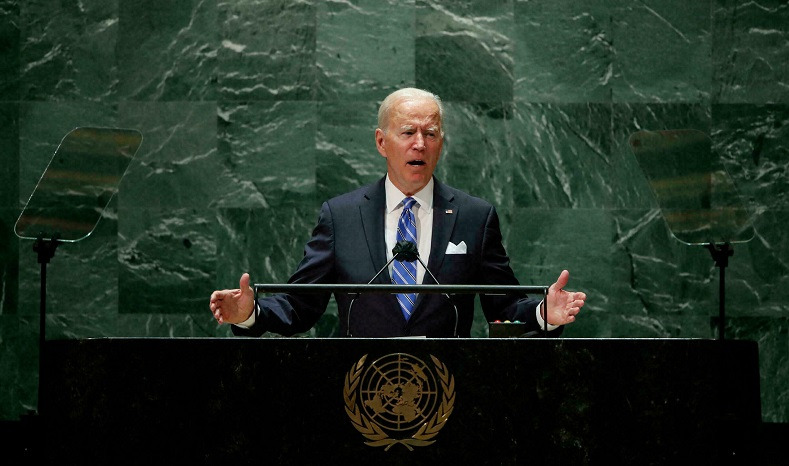 U.S. President Joe Biden heatedly defended what he considers his country's return to international forums, especially the UN, which it neglects in relation to Cuba.

In an outburst to distance himself from the convulsive era of Donald Trump, Biden spoke at the 76th Session of the UN General Assembly, where he presented himself as a champion of democracy and peace.

However, confrontations and sanctions were maintained during the first eight months of the present Democratic administration in its ties with Cuba.

Restrictions on officials, interfering pronouncements and, above all, the continuity of the more than 240 restrictions subscribed by Trump, characterize the relationship between the United States and the Caribbean nation in 2021.

Biden, who claimed to be committed to diplomacy after the spectacular departure of the occupying Americans from Afghanistan, does not seem to fit that line towards other countries that he periodically questions.

This is what happened with Cuba when he assured his support to those he described as protesters and activists who, in his opinion, keep democracy alive.

It was striking that Biden's reference to Latin America and the Caribbean was limited to Cuba and Venezuela.

His advisors overlooked the 60 massacres committed this year in Colombia, as if they were contributions to democracy.

Nor is it democratic that the United States disregards the weight of 29 pronouncements of the UN General Assembly to put an end to the blockade against Cuba.

In Mexico, so close geographically speaking to the power of the North, more than thirty presidents, prime ministers, foreign ministers and other leaders recently signed a declaration against the U.S. blockade against Cuba.

The pronouncement at the 6th Summit of the Community of Latin American and Caribbean States followed a fiery exhortation from Mexican President Andres Manuel Lopez Obrador.

AMLO, as he is known, said that Biden has what he called "sufficient political sensitivity" to heed his call to cease the boycott of Cuba, since, in his reasoning, no state has the right to subjugate another.

Least of all, as Cuban Foreign Minister Bruno Rodriguez proclaimed, to do what Trump did, to use the pandemic as an ally of the siege.