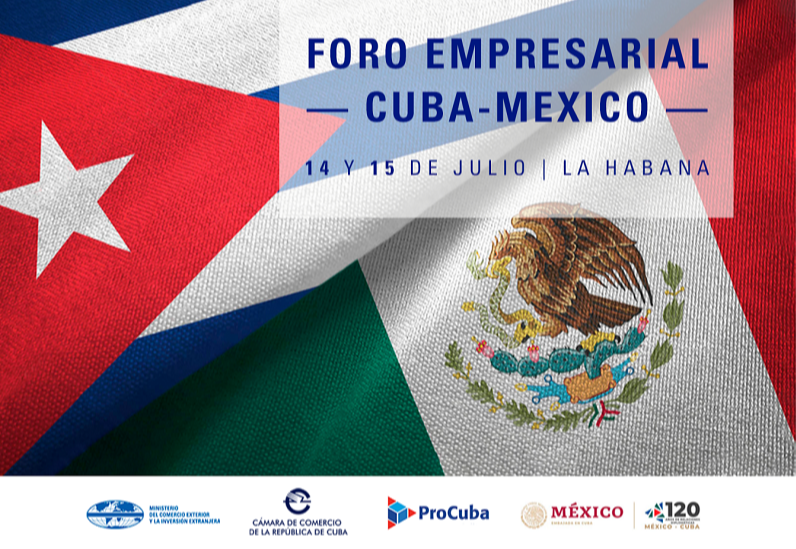 In addition to the strong and indestructible ties of friendship that unite Mexico with Cuba, it is an important trade partner in Latin America and worldwide, a position that Mexico aspires to continue consolidating, with the expansion and diversification of trade for the benefit of both peoples.

Hence, businessmen from our sister nation have gathered in Havana to meet with their Cuban counterparts, including representatives of small and medium-sized enterprises, new players in our country's economy.

More than one hundred Mexican businessmen are participating in the Cuba-Mexico Business Forum, which after two days of sessions will conclude in the next few hours in the Cuban capital.

The meeting began with a message from President Andrés Manuel López Obrador, a sign of his government's interest in supporting the achievement of profitable business in various spheres and Cuba's efforts to advance its development.

We cannot fail to mention Mexico's support and accompaniment against the economic, commercial and financial blockade imposed by the United States against the largest of the Antilles six decades ago and which the Mexican president has repeatedly denounced.

At the event it was learned that there are currently 11 businesses in operation between the two states, including three in the Mariel Specific Development Zone, located in the province of Artemisa, west of Havana, and in which 21 nations are currently present.

But both parties are interested in taking trade links to a higher stage, given the potential and existing good relations, based on respect and solidarity, which confers great security for potential investors.

This favorable scenario is also supported by a strong legal framework, the facilities provided and a highly qualified human capital, advantages highlighted by businessmen from other countries.

The options for Mexican businessmen are varied, ranging from agribusiness, tourism, biotechnology industry to renewable energy sources and culture.

The two nations also have an Economic Complementation Agreement in force, which grants tariff preferences for the import of goods and which has been reinforced over the years with several additional protocols.

Cuba and Mexico are joining efforts to continue strengthening their relations, and the Business Forum has been an opportunity to explore new opportunities for the expansion and diversification of their economic, trade and cooperation ties.