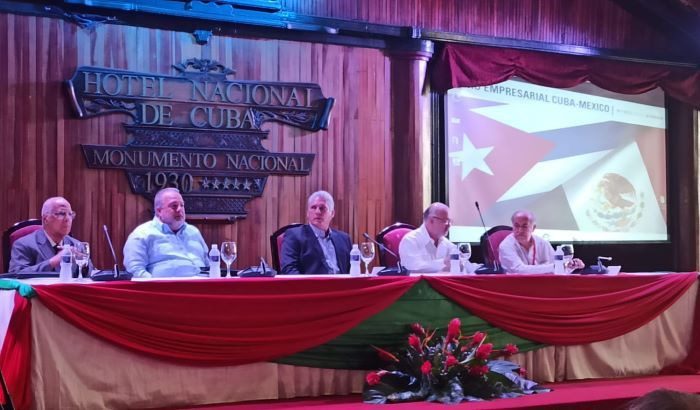 According to the presidential website, more than 80 Mexican and 150 Cuban companies are participating in the meeting.

Delivering the opening remarks, the Cuban Chamber of Commerce president, Antonio Carricarte, said that Mexico is a natural market for the island and participates in the island's economy with the tribute of important raw materials.

"If we join together in a comprehensive alliance, we can transform the obstacles," he said.

The Undersecretary of Industry and Commerce of the Mexican Ministry of Economy, Héctor Guerrero Herrera, conveyed an affectionate greeting from President Andrés Manuel López Obrador to those gathered.

"The ties of friendship between Mexico and Cuba have a strong historical significance, with deep roots," he said.