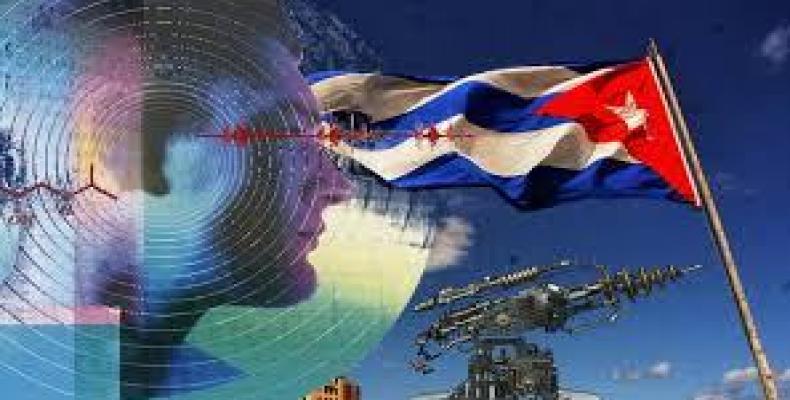 The Havana Syndrome, a set of symptoms reportedly experienced by U.S. and Canadian diplomats in Cuba, is a media fabrication, scientists said earlier this week in Havana.

"The Havana Syndrome related to sonic attacks on U.S. and Canadian diplomats in Cuba has been labelled by journalists, not by scientists," said Mark Rasenick, professor with the College of Medicine at the University of Illinois, at the opening session of an academic event, which gathered experts from Cuba, the United States, Canada and Britain.

The academic noted the importance of the international scientific community to focus on seeking the truth behind the incidents instead of analyzing only one part of the problem.

"It is a general attempt not to defy anybody, but to determine what is going on and how we do the best we can through science," said Rasenick.

The U.S. government in February 2017 first denounced Cuba for using acoustic weapons that caused its diplomatic personnel on the island suffered from mysterious sickness, but offered no evidence.

Canada echoed the U.S. allegations, saying that symptoms such as dizziness, memory loss and hearing problems had been identified among its diplomats.

Mitchel Valdes, director of Havana's Neuroscience Center, said he inclines to assumptions that the sickness of some diplomats were caused by other reasons.

"Cuba gives no credit to assumptions of sonic attacks. That is absurd. The idea of someone chasing diplomats all over the city ... is nonsense, for it violates scientific principles. That's science fiction," he said, adding that Cuban experts are working on a joint research with their Canadian counterparts.

"We still need to clarify health problems involving U.S. and Canadian diplomats in Cuba. We are open to study different hypothesis. We believe in transparent and sincere dialogues," he said.

On the other hand, Alon Friedman, professor with the Brain Repair Center at Dalhousie University in Canada, said it is important to study the topic from a multidisciplinary perspective.

"We are trying to collaborate with Cuban scientists to figure out the cause of this sickness," he said.

Allegations of sonic attacks set the start of increasing tensions between Cuba and the United States after the improvement of diplomatic relations during former U.S. President Barack Obama's administration.