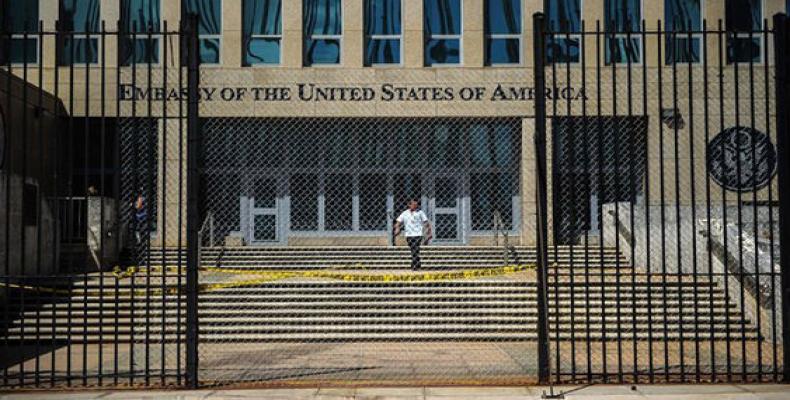 Havana, October 26 (RHC)-- Cuban and U.S. experts agree that there is no evidence whatsoever of presumed 'sonic attacks' against U.S. diplomats in Havana.

Dr. Manuel Villar, one of the Cuban experts investigating the mysterious incidents, has emphatically rejected allegations that Cuban authorities were behind the presumed, unexplained attacks.

In an exclusive interview with NBC News, Dr. Villar, called the sonic attacks story an 'absolute fallacy.'
NBC interviewed experts both in Cuba and the United States about the unexplained incidents.

“I can assure that the allegations are completely false,” Cuban Colonel Ramiro Ramírez, Head of Diplomatic Security at the Cuban Interior Ministry told NBC News.

U.S. officials first said they believed a sonic weapon was involved in the alleged health attacks on a dozen of U.S. diplomats and their families in Havana between Autumn 2016 and August 2017, but Cuba has refuted the allegations, arguing that the Caribbean country has never produced nor it posseses that kind of technology.

“It's impossible.  We are talking about science fiction,” said Lieutenant Colonel Jose Alazo, an expert with the Criminal Investigations Unit of the Cuban Interior Ministry.  “From a technical point of view, that argument is unsustainable,” he noted.

The Cuban experts insisted that the Cuban government had deployed about 2,000 security officials and experts, from criminologists to audiologists and mathematicians, to investigate the so-called sonic incidents after it became aware of them in February, the investigators said.

U.S. experts themselves acknowledged that they did not know of any technology, which could cause the symptoms referred to by the U.S. diplomats.

They said while targeted, localized beams of sound are possible, the laws of acoustics suggest such a device would probably be large and not easily concealed.

“Brain damage and concussions, it’s not possible,” said Joseph Pompei, a former MIT researcher and psychoacoustics expert. “Somebody would have to submerge their head into a pool lined with very powerful ultrasound transducers.”

Mark Feierstein, who oversaw the Cuba detente on Barack Obama’s national security council, noted that Cuban authorities have been cooperative with the investigation.

“If the Trump administration felt confident Raul Castro’s government was to blame, it’s likely the US would have already taken major punitive steps, like shuttering the newly re-established American embassy. And the US hasn’t stopped sending new diplomats to Cuba.

“Had they thought the Cuban government was deliberately attacking American diplomats, that would have had a much more negative effect,” Feierstein said. “We haven’t seen that yet.”

FBI officials met with Cuban experts this week to discuss the matter. Cuba has made it clear that despite the war of words, Havana expects more cooperation from the U.S. side to unravel the mystery.

“Let's work together to find out what really happened,” Dr. Villar said.