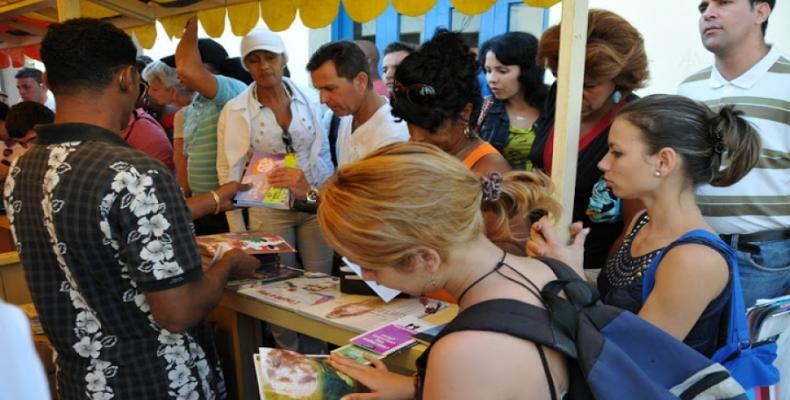 Some 463 book publishers, editors, authors, exhibitors and book-related staff from 43 countries were on hand at the event’s 27th edition held in the Cuban capital Feb 1/11. According to Rodríguez, Cuban publishing houses put at the disposal of readers more than four thousand titles in Havana, while some four million books will be available during the fair’s Cuban journey that began Monday and set to travel all over the island to wind up in Santiago de Cuba on May 13th.

Some two thousand  690 literary and artistic actions were held during the gathering, said the Organizing Committee President at the closing held at La Cabaña Fortress’ Nicolás Guillén Hall. He added that more than 600 titles and two million books were new and more than 100 conferences and lectures, 50 panels and 200 poetry readings were held, as well as over one thousand book and magazine launches and presentations.

Havana Historian, Eusebio Leal, and China, were the book fair’s guests of honor, reason for which the event had a special connotation. Some 10 cooperation agreements were signed with China and the large delegation from the Asian Giant showcased its culture in different art forms, including traditional dance, opera, singing, photographs, acrobatics and movies. Cuba has confirmed its participation at the Beijing International Book Air set for August, 2018, in which the agreements signed in Havana, will be checked and followed up. The fair’s Grand Prix went to Panama’s Aurelia International Publishing House and Ediciones Boloña from Cuba.