Book Fair closes successfully in Havana and continues in other provinces 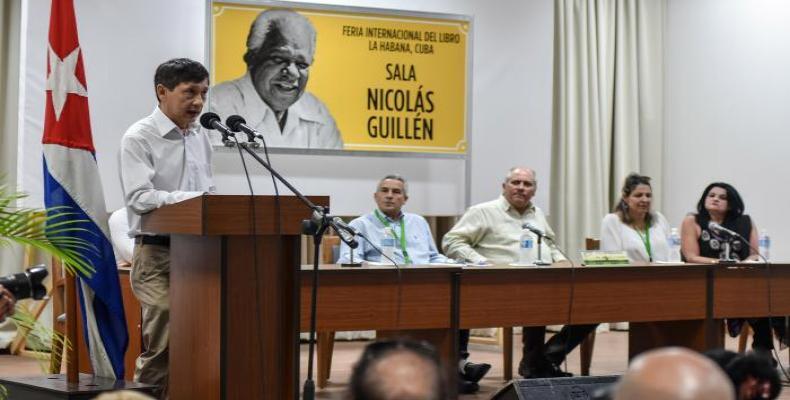 Havana, February 17 (RHC)-- The 29th edition of the International Book Fair concluded on Sunday in Havana.  Reportedly,  417,619 visitors went to La Cabaña Fortress and other venues of the cultural event.

The Fair will now continue its course through the rest of the country, closing on April 12th in Santiago de Cuba.

The closing ceremony in Havana took place Sunday in the Nicolás Guillén Hall of the Cabaña Fortress.

Alpidio Alonso, Minister of Culture; Tram Anh Dung, Cultural Counselor of the Embassy of the Socialist Republic of Vietnam in Havana, and Nereyda López Labrada, General Secretary of the National Union of Cultural Workers were present.

Juan Rodríguez Cabrera, president of the Cuban Book Institute, announced that more than 1,500 literary actions found space at the popular event, where more than 600 titles were presented, and some 604,000 copies were purchased.

The Cubadigital Project was also very popular with 644,367 free downloads.