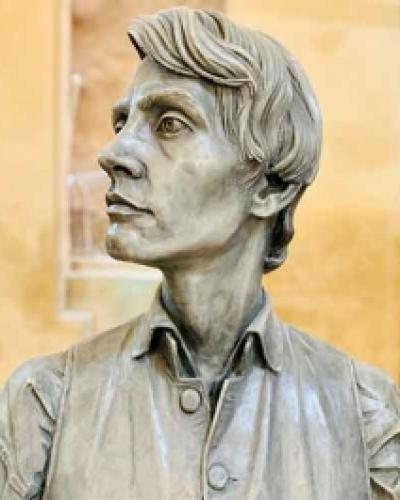 Havana, August 12 (RHC)-- More than a year after the project’s first images were published, a statue of Switzerland’s Enriqueta Favez by Cuban sculptor José Villa Soberón has been unveiled.

The life-size piece, worked in bronze and with an almost moving pose, is located near the last place where Favez had her practice in the country, on the Alameda de Paula Promenade. The project, financed by the Swiss Embassy to Cuba and promoted by Olivier Praz, Lorenzo Suárez and writer Julio César González-Pagés, is a sculptural interpretation of the Swiss-Cuban woman from the perception of the National Fine Arts Award Laureate in 2008.

Favez, a forerunner of the feminist movement in Cuba, inspired the book "Por andar vestida de hombre" (For walking dressed as a man) by also historian González-Pagés, whose research has managed to seduce artists from various art forms "who also made this story their own."

It is an initiative that seeks to vindicate the legacy of a transgressive woman, and whose body has not been preserved, since the cemetery where she was buried in New Orleans, in the United States, was damaged by Hurricane Katrina, in 2005.

"There is not a single plaque that remembers her, neither in front of the door to her birth house in the Swiss city of Lausanne, nor in any of the many places she has ever passed through," said González-Pagés.