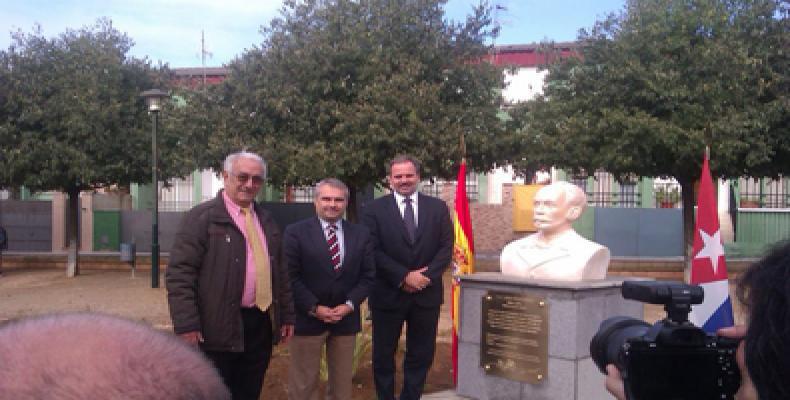 Badajoz, November 8 (RHC)-- A new bust of Cuban National Hero José Martí was unveiled in the Spanish city of Badajoz, located in the autonomous region of Extremadura.

This new bust brings to 15 the number of sculptures dedicated to Martí placed in different regions of the European nation.

The work art includes a plaque with an inscription that recalls one of Martí's most memorable thoughts: “We work for children because children are the ones who know how to love; children are the hope of the world."

Mayor Fragoso said they thought it was appropriate to place the new bust of Martí in Badajoz because it is home to most Cuban residents in the region of Extremadura.

Located in the square bearing the name of the Cuban national hero in the neighborhood of Cerro de Reyes, the bust was created by artists with the Tocororo Association of Cuban Residents in Andalucía.