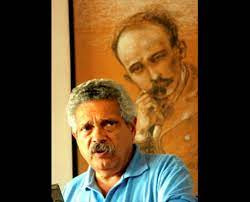 Havana, March 15 (RHC)-- The “José Martí” Cultural Society presented Cuban intellectual Pedro Pablo Rodríguez López with the Periódico Patria Prize, on occasion of the 129th anniversary this March 14th of the publication of the first issue of Patria newspaper, founded by Cuba’s national hero José Martí as the official newspaper of the Cuban Revolutionary Party.

March 14 is then celebrated across the island as Día de la Prensa Cubana (Cuban Press Day), to honor all those working in the media and commemorate the first issue of Patria in 1892.

Pedro Pablo Rodríguez is the leader of the research team with the José Martí Studies Center that prepared the Critical Edition of Martí's Complete Works.

To celebrate Cuban Press Day, the José Martí Office and the network of institutions attached to it carried out several activities on digital platforms due to the epidemiological situation generated by the Covid-19 pandemic. These included publications posted on the website of the José Martí Studies Center on the role played by Patria newspaper in the preparation of the 1895 war, which Martí called the ‘Necessary War’ for Cuba’s independence from Spanish colonialism, as well as on the role Cuban journalists play in today’s Cuba, defending the country’s sovereignty and independence against foreign interference.

Other actions included presentations by some of the best-known experts in the life and work of the Cuban National Hero on the social network platforms of the José Martí Studies Center on Telegram and YouTube.

The library of the José Martí Studies Center treasures a restored and preserved collection of Patria newspaper, available to internet users on the Center’s website. The last issue of Patria -Number 522- was released on December 31st, 1898.