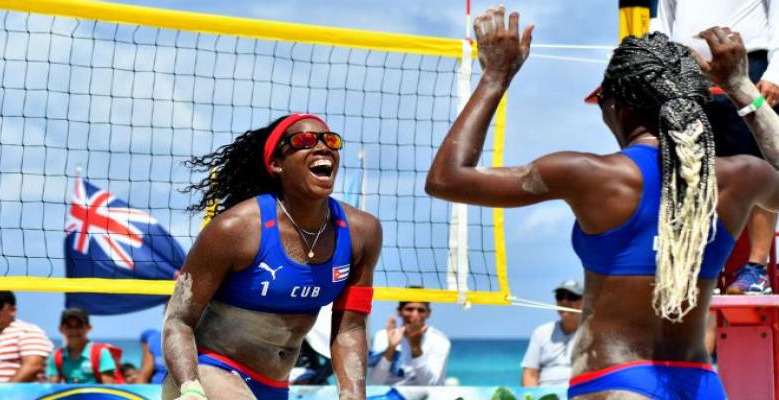 Havana, April 19 (RHC)-- The Cuban beach volleyball duos of Leila Martinez and Mailen Delis (Cuba A) and Lidianny Echevarria and Yanisleidis Sanchez (Cuba B) fell in the round of 16 at the World Tour tournament in Cancun, Mexico, although they left a positive impression and added points in the world ranking.

Experts qualify the performance of the Cubans as very good, undefeated until Sunday in a four-star tournament of the World Circuit, in which they achieved victories against top ten pairs of the world, after almost two years without competing and preparing only on the island for the impacts of the COVID-19.

The competition will award one ticket in each gender to Tokyo.