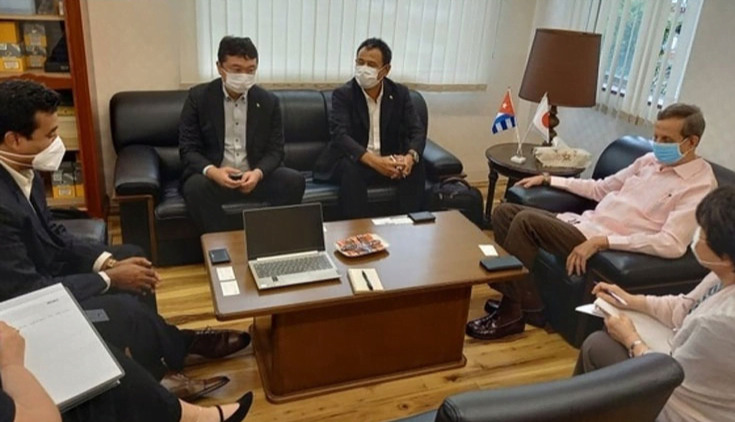 Havana, September 9 (RHC/PL)-- Cuban baseball seeks to expand the presence of its players in the Japanese Professional League (NPB), an objective for which the vice president of the Cuban Sports Institute (Inder), Raúl Fornés, remains in Japan.

According to a report by the official organ of that entity, Jit, the official is currently holding working meetings with executives of the SoftBank Falcons, Chiba Lotte Marines, Yomiuri Giants, Chunichi Dragons and Rakuten Eagles, as well as with Katsuhiko Kumazaki, commissioner of the NPB.

"In the case of SoftBank and Chunichi we will evaluate how the performance of our athletes has been during the season and the possibility of continuing with the signings in these franchises," Fornés told the aforementioned media outlet.

He also pointed out that in the remaining franchises they intend to retake contracts and added that in the future they will seek to legally strengthen the agreements, so that none of the parties will be harmed.

"We will continue to strengthen the letters of the contracts to provide greater protection to our athletes and to the Federation itself. We will try, based on the clauses, to prevent our players from abandoning the agreement in search of other horizons," he said.

Fornés explained how the contracting process has been carried out so far, in which first 'they (the Japanese) are interested in certain players through their scouts, and then sometimes they observe the athletes through videos in case they cannot be there'.

"After these evaluations they make the proposal of time and amounts to the Cuban Federation (FCB) and then it is taken to the negotiating group of Inder, it is corrected, if necessary, and signed between the club, the player and the representative entity itself," he added.

The executive also informed that they have already been presented with some proposals of prospects with the characteristics they are looking for and even the general manager of the SoftBank Falcons, Sugihiko Mikasa, will visit our Cuba when the National Series begins to evaluate the talents.

Currently 11 Cubans are playing in the highest category of Japanese baseball, but only six do so under the legal protection of the sports organization of the Caribbean island.

The slugger Alfredo Despaigne, the versatile Yurisbel Gracial and the closer Liván Moinelo play for the Fukuoka team, while the pitchers Raidel Martínez, Yariel Rodríguez and the catcher Ariel Martínez play for the Nagoya team.