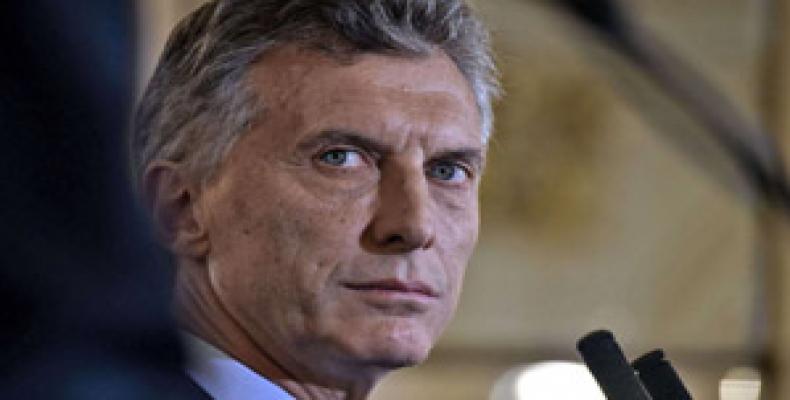 Buenos Aires, July 20 (RHC)-- An Argentinean social movement has launched a day of protest to demand more government assistance in light of an increase in the number of families turning to community kitchens in order to get by under President Mauricio Macri’s austerity policies, according to the on-line publication Politica Argentina.

Barrios de Pie, a 15-year-old social movement focused largely on fighting hunger and poverty, argued that the support from federal ministries and municipal resources in the city of Buenos Aires “has not increased according to the increase in demand” for assistance.

The organization warned that massive job losses and price increases in recent months has led to a spike in the number of families seeking help at community kitchens.

The action planned by the movement will include setting up various “popular pots” stations in the streets to provide meals to those in need.  At least 10 locations are planned across the capital city, mostly in Central Buenos Aires.

The organization has also criticized Macri’s government for unequal measures aimed at reviving the economy that give tax breaks to big corporations in the mining and agricultural sectors while failing to pay attention to those most in need.

In the first six months in office, Macri’s administration oversaw over a massive wave of 179,000 layoffs, over 66,000 in the public sector alone.  Along with job losses, workers have also suffered under the economic pressure of record inflation and skyrocketing prices of utilities, including hikes of up to 700 percent in electricity bills.

A poll reported by the Argentinean newspaper Pagina 12 in May found that half of Argentina’s population feels that they or a member of their family may be at risk of losing their job, while worry about unemployment has leaped to the population’s number one concern.