Argentineans March Across the Country to Protest President Macri's Policies 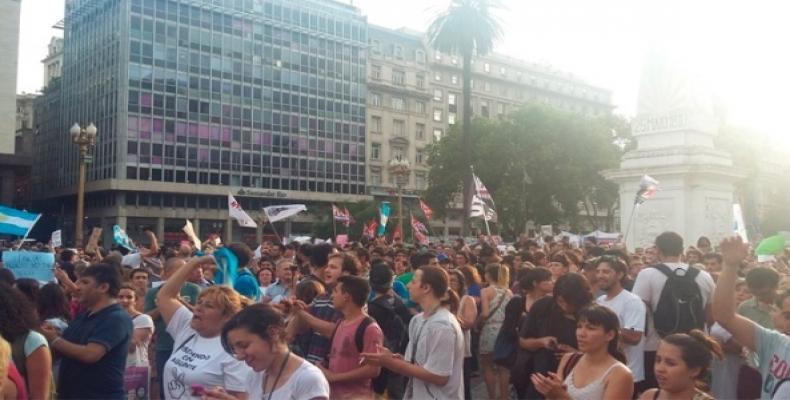 The protests are scheduled to converge on the capital of Buenos Aires Friday for a mass rally in the central Plaza de Mayo in front of the Presidential Palace.  The nationwide demonstration is modeled on a 1994 action in which tens of thousands of demonstrators poured into Buenos Aires to protest the abrupt shift to neo-liberal macroeconomic policies engineered by then-President Carlos Menem.

Hugo Yasky, head of the more than 1.4 million-strong Central Workers’ Union, said that the march is the result of a strengthening coalition of labor unions and other grassroots social movements.

The march will cover thousands of miles across the country through five main routes from various cities headed toward Buenos Aires.  Major labor unions, social movements, and political organizations, including the Front for Victory coalition of former Presidents Nestor Kirchner and Cristina Fernandez, have come together for the national action.

The national action comes as human rights organizations and social movements have raised alarm over rising poverty and inequality amid an ongoing wave of mass layoffs that has caused over 179,000 people to lose their jobs in both the public and private sectors since Macri took office in December.  According to the local Observatory for Social Debt, some 1.4 million people have newly become poor since the beginning of the conservative government’s term.