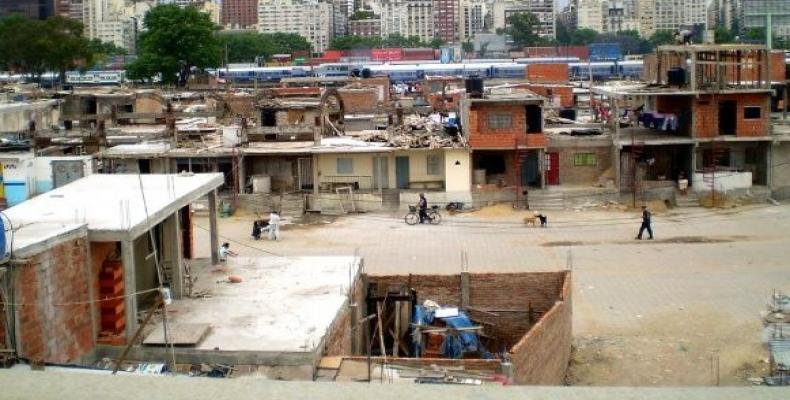 Buenos Aires, October 2 (RHC)-- New figures published by the Argentinean government's own statistics agency show a sharp increase in poverty in the last year of neoliberal President Mauricio Macri’s rule.  As Argentinians head to elections at the end of October, opinion polls suggest the progressive Fernandez-Fernandez ticket is heading for a first-round victory.

Figures show that 36.4 percent of the population is living below the poverty line, equivalent to 16 million citizens and that it has increased by over 8 percent in the last year alone, while 7.7 percent of them are also homeless, equivalent to 3.4 million Argentinians.  Child poverty is particularly high, of those under 14, as 52 percent are officially poor.

This is a sharp rise from 2015 when leftist President Cristina Fernandez de Kirchner left office when poverty stood at 19.7 percent among the general population.  Now four years of Macri’s neo-liberal administration has almost doubled that figure.

The scale of Argentina’s economic crisis has cost President Macri much of his support. Since his government signed a multibillion-dollar IMF deal, the country has experienced runaway inflation of over 50 percent, rising unemployment, and negative growth.

Fernandez has railed against the IMF deal and has pledged to leave behind Macri’s neoliberal economic policies.  Fernandez also signaled that he would turn away from Argentina’s current foreign policy, questioning the country’s involvement in the so-called ‘Lima Group’ which is made up of right-wing governments in the region in an effort to isolate Venezuela on the international stage and support foreign diplomatic intervention against the government of Nicolas Maduro.